One of our teachers was asking me the other day about Hualien, Taiwan.

It occurred to me that I’ve been to this beautiful seaside city many times, but I’ve never written about it despite the fact that it’s one of my favorite cities in Taiwan.

John and I always welcome an excuse to drive there, especially because it involves navigating one of Taiwan’s most scenic drives – Taiwan’s East Coast Highway!

Hualien City is a charming little city on Taiwan’s eastern coastline. It’s set deep in Taiwan’s aboriginal heartland, with a rugged mountain range at its back door and the Pacific Ocean right outside its front door. It’s no wonder that Hualien is often called the prettiest city by the sea.

Hualien is probably best known for being the entrance to Taroko National Park, but the city is also home to the biggest port and airport in Eastern Taiwan. Hualien is Eastern Taiwan’s industrial and cultural center; it’s also Taiwan’s largest supplier of marble.

Despite its 200,000+ plus residents, Hualien City is a beautiful laid back city that just begs visitors to slow down a bit and enjoy things in life. Having access to Taroko National Park and the beautiful beaches north of the city are a real temptation, but I admit that the earthquake activity in this area does scare me just a teensy bit! Typhoons are also frequent guests of this city.

If you’re journeying to Taroko Gorge, but you’re based in Hualien (as many travelers to the Gorge are wont to do), please take the time to explore this beautiful city. There are loads of things to see and do. Here are some great reasons to visit or live in Hualien City.

Things to See and Do in Hualien, Taiwan 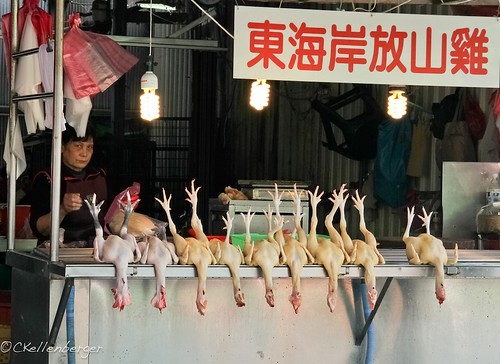 There are several day markets located throughout the city where you can buy fresh produce, meat, household appliances, and articles of clothing. It’s quite common in Taiwan to see meat vendors selling meat that isn’t chilled. Rest assured that the meat on offer has been killed that day, but make sure you get there early to get the best cuts and to ensure freshness.

Hualien has two night markets. Head to Ziqiang Night Market if you’re looking for a cheap and delicious snack (or five!) to fill your belly. This market is known for its food.

If it’s entertainment and games that you’re looking for, head to Nanbin Night Market. Since it’s located near the ocean, this is the perfect place to go to if you want to enjoy a nice stroll in the evening.

Like every city and town in Taiwan, Hualien is jam packed with stunning shrines and temples. There are Tao and Buddhist temples to be found all over the city, so you’re bound to see something interesting if you visit one. Furthermore, since East Coast residents are very religious because of their close proximity to the sea, it’s likely that you’ll be able to catch a glimpse of locals offering prayers to their local gods.

Hualien’s Martyrs’ Shrine offers a breathtaking view of the city and it surroundings from one of the most prominent spots in Hualien. It’s also home to Karenkō Shrine, a famous Japanese shrine that was built on the same spot in 1915 during the Japanese occupation of Taiwan. It was turned into a neo-Chinese style temple complex during the 1980s by the KMT, who built it to honor the nationalist heroes that died during World War II.

Simply put, eating out in Hualien is a pure pleasure. There are all sorts of treats to try and you won’t break your bankbook eating out.

There are loads of hot pot and bbq restaurants scattered throughout the city as well.

Ziqiang Night Market if you’re looking for cheap and delicious snacks. Plus if this is your first time to Taiwan, you simply must experience a Taiwanese night market. It’s a part of local culture that you won’t want to miss. Ziqiang is a relatively small night market, but the food is excellent. 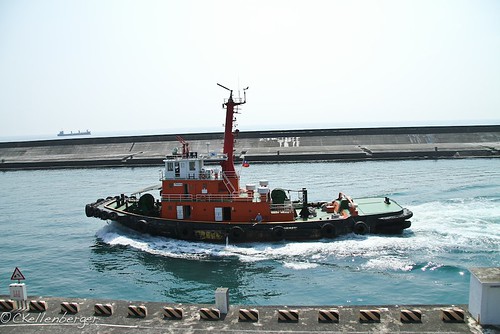 Bound by the Pacific Ocean to the east and the Central Mountain Range to the webt, Hualien’s man-made harbor is enclosed with protective breakwaters, and it’s always a fun to visit.

The port has been a call for international shipping since 1962; it operates with 25 wharves, six warehouses and 38 container yards. There’s always something happening there. Watch the boats move in and out or chat with some of the local fisherman. 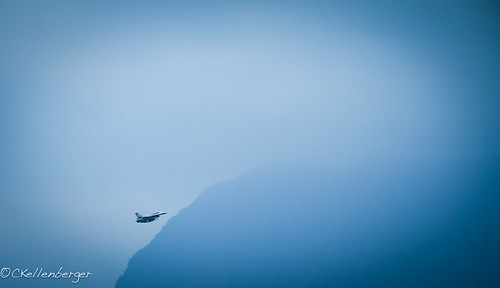 The airport and military base are one and the same, so while they don’t actually allow visitors on the base, you can head to the public beach behind the base to watch the F-16 fighter jets taking off, whizzing around, and landing.

The beach itself is a gorgeous stretch of land covered in smooth rocks and stones.

There isn’t much sand to speak off, but it’s a great place to go and people-watch or collect rocks. Swimming here isn’t recommended as there is a strong undertow in the area, but it’s a nice place to get your feet wet and have some fun in the sun. 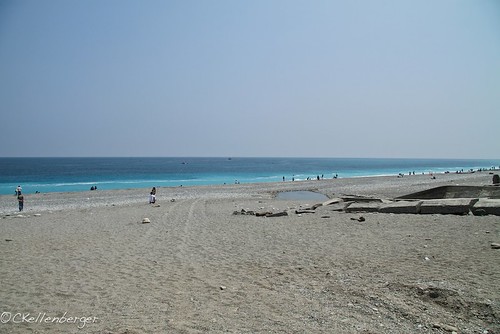 Pine Garden overlooks Hualien City and the estuary of MeiLun River. The military structure and century-old pine woods were built in the Japanese colonial period (1843-1944), with over 200 pine trees that have been planted in the area to offer shade.

Today, visitors go there for afternoon tea and stunning views of the Meilun River. Pine Garden is open from 9am to 10pm, Monday through Saturday. Admission is free.

Hualien is also known as the town of stones because of its wide variety of rich mineral stones that can be found in and around the area. There are lots of sculptors living in Hualien, and you can see their artistic efforts in the gorgeous stone sculptures and shops that are found all over the city. Visit the Stone Sculpture Museum for more artwork. It’s the first Stone Sculpture Museums in Southeast Asia.

A must-see destination for every traveler that comes to Taiwan, Taroko Gorge is one of Taiwan’s jewels. Carved into existence by the Liwu River, the gorge is full of natural wonders, remote temples, gorgeous red bridges and plenty of walking trails and suspension bridges. Taroko Gorge was once considered to be the 8th most beautiful attraction during the Japanese colonization period.

Just ten minutes outside of Hualien, you’ll find this long, quiet beach offers perfect views of the sea and the mountains. The beach is covered with black stones and pebbles. If you’re feeling adventuresome, try riding your bike there from Nanbin Park on the Coastal Bike Trail.

The sea around Hualien is a pathway for families of whales and dolphins, and it is one of the best places in Taiwan to see them.

This beautiful green wooded area is peaceful and relaxing. You can’t beat playing a round of golf at this gorgeous golf club. It’s so quiet, you’d never know there were roads and cars nearby!

If you’re a water lover, head to Jici’s black sand beach. Nestled in a crescent shaped bay that is backdropped by a stunning, green mountain range, Jici is definitely one of the most beautiful places along the East Coast Highway to swim and surf. The journey takes about 30 minutes from Hualien City.

I guarantee you’ve never seen scenery like this before. Qingshui Cliffs is one of the most famous scenic spots in Taiwan, and for good reason. Where else can you find sheer rock cliffs that plunge straight down into the cold Pacific Ocean? You’ll find them on highway nine, about 25 north of Hualien City. They’re impossible to miss. Bring your camera!

Hualien has many differently priced hotels, hostels and B&B. You are sure to find something to suit your budget. Travel Tip: You can easily find a number of cheap hostels and guest houses near the train station.

These are a few of our favorite places to stay in Hualien.

King 13 B&B: This is a great option for budget travelers. We’ve stayed at King 13 B&B, and we’ve always been pleased with the service and food. The rooms are beautiful, uniquely decorated and extremely comfortable and clean. King 13 B&B is also conveniently located within the city, with plenty of options for food nearby.

By Bicycle: The best way to see the city, in our opinion, is by bike. Bicycles can be rented from a good number of hotels in Hualien. There is also a Giant bike shop in front of the train station that offers bike rentals for as little as NT$100 per day during the off-season.

By Bus: There are a lot of buses and bus companies in Hualien, which means that it can be confusing to get around if you don’t speak any Chinese. Take your guide book with you and ask for additional information from the good folks who run the visitor center outside of the train station.

By scooter: If you bring your passport and international driver’s license, you can easily rent a scooter near the train station for around NT$350-NT$450 per day. If you plan on driving along Highway 11 or heading into Taroko Gorge, makes sure you get a 100cc scooter.