Lara Veronin – Because Of You Concert – Meimeiwawa Taiwan 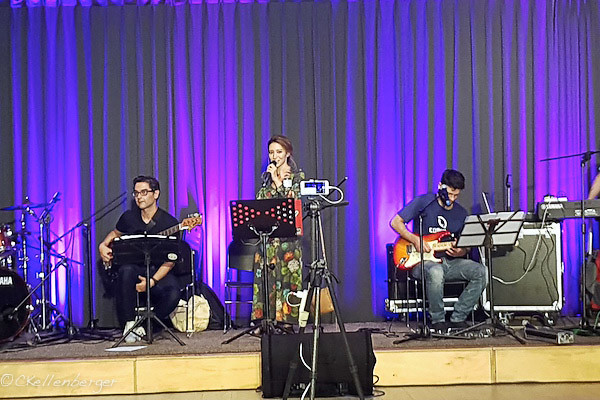 On Sunday afternoon on October 1st, I had the pleasure of attending Lara Veronin’s FlyingV Because of You concert in honor of her FlyingV crowdfunding campaign at Wooloomooloo in Ximending.

This is the second time I’ve attended one of Lara’s concerts. I was lucky enough to attend her FRANK rooftop concert in February 2017 as well.

The two concerts were very different in style. From my own perspective, I found her latest concert more intimate and heartwarming, because both sisters sang and gave thanks to the small group of fans they had invited who supported Lara’s crowdfunding campaign.

This was a special gift from Lara and Esther to their fans. 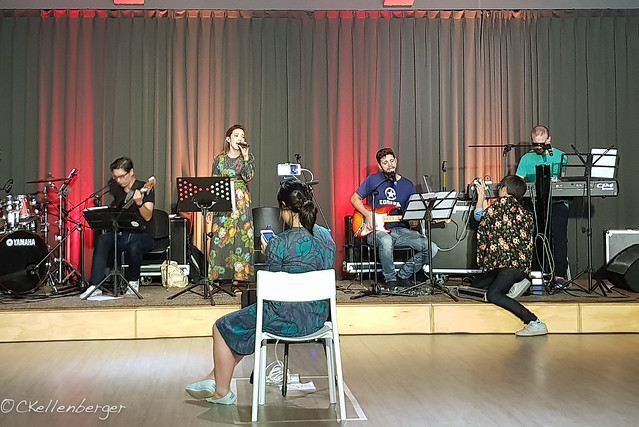 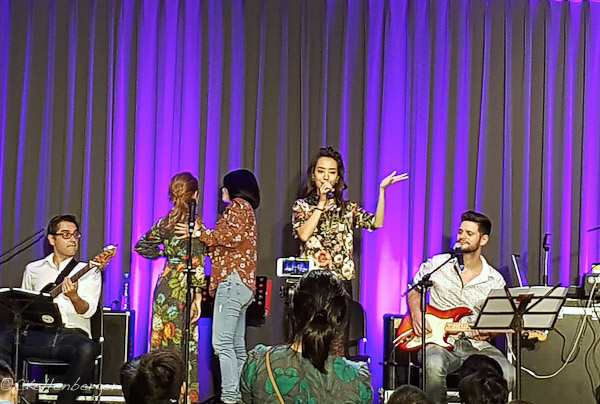 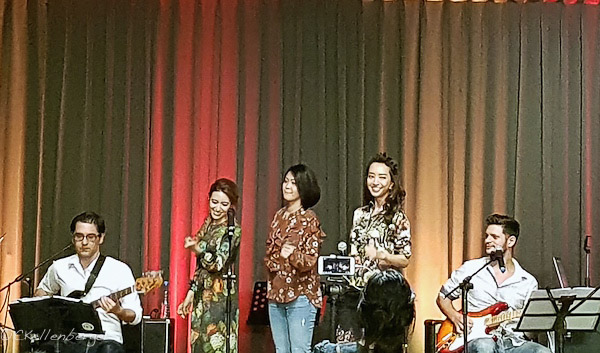 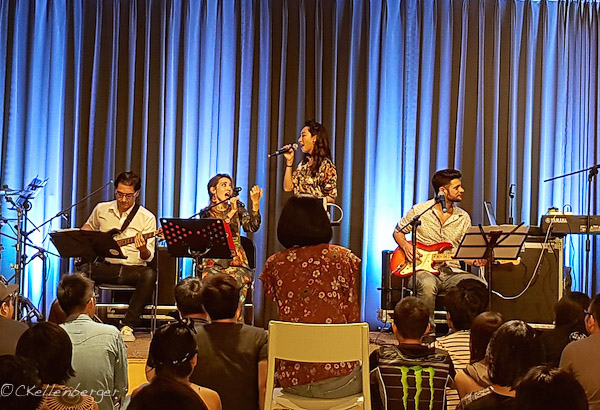 Today is the last day of their campaign, and they were able to raise over a million NT with over 447 people that contributed to Lara’s next album. You can still contribute today if you wish. That is why I am hurrying to get this post up for them.

I believe in their message and their music. Help them here: https://www.flyingv.cc/projects/16839 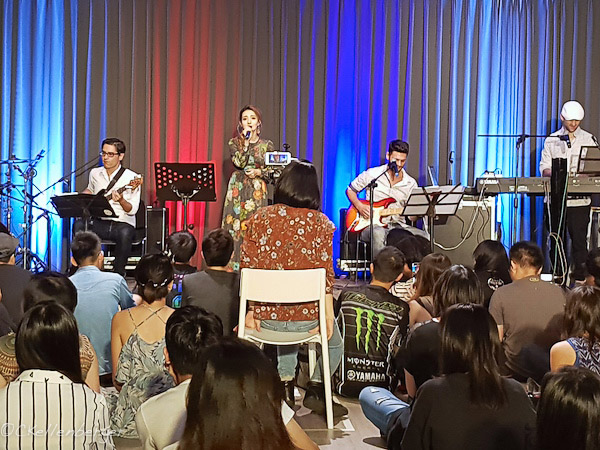 Now some of you may be asking why Lara and Esther chose to do a crowdfunding campaign for Lara’s next concert. Honestly, the reason why they chose to do this makes me respect them so much.

When I first heard about their campaign, I didn’t understand it, but when I learned more about it, I was 100% behind them and contributed directly to this talented singer-songwriter and her equally talented sister, who is also a singer and a producer, Esther Veronin.

They also had a special guest there, Stephen Rong, who happened to be sitting behind us in the audience. 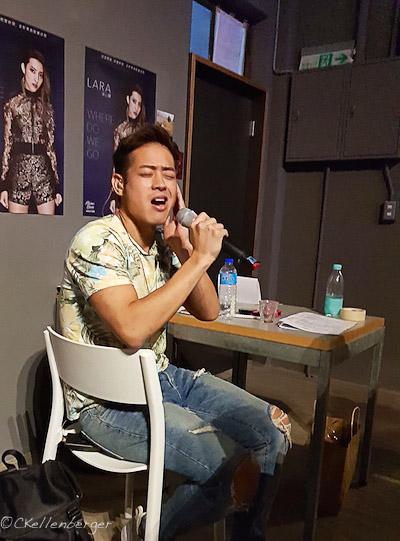 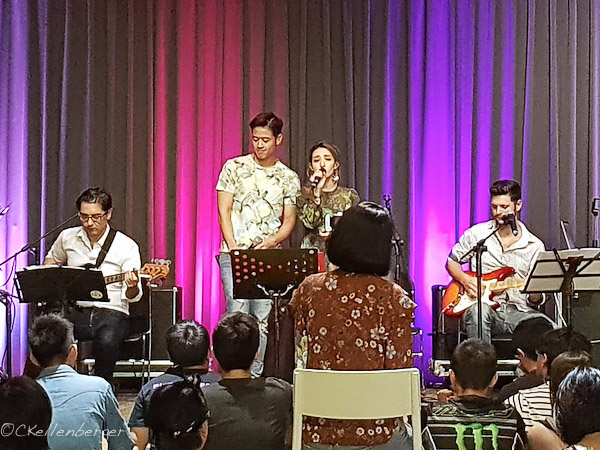 Not many artists these days have complete control over their own album. There are always outside influencers telling you how to sing your songs or write better.

These are the folks who tell you what is catchy and what isn’t, how you should sing and present yourself and what you shouldn’t do.

The Meimeiwawa team wanted to avoid that completely. In other words, by doing this campaign, Lara and Esther will be able to produce Lara’s next record without any outside influence at all. It will belong to them and only them.

Lara’s songs will be presented to the world just as she wants the world to hear them. It’s a pretty amazing feat if you ask me.

Why anyone would want to change Lara’s songs is beyond me.

Her recent release ‘Sunshine’ is as catchy and memorable as Lara is. I can’t forget this beat or the lyrics or her smile any more than I can forget her release in early 2o17, called Where Do We Go From Here. I know that song quite well and from my perspective, she told us where she was going in February, which is what brings me to this point: Lara’s next album. (She knew all along where she was going!)

Now I’ll admit, I have an insider’s point of view here, because one of my very good friends, Jenna Robinette, a woman I’ve interviewed (October 19, 2009!) in the past for her own work and who I’ve worked with in the studio in the past for a photo shoot to help Jenna get her design book ready. (Hey Jenna, whoa, blast from the past. These are my photos of your clothing and styling work.).

Jenna now works on the Meimeiwawa team as Lara and Esther’s stylist. She has been feeding Lara’s songs to me as each one comes out, and of course, I watch them, because it’s Jenna’s work and I have always supported Jenna in everything she does. This is what friends do, and if I could get into what she does for me, I would, but I’ll save that for another post sometime.

As time went on I really started to catch on to how talented Lara and Esther are, each with their own skill sets but they come together in music. Esther really caught my heart this week with her performance.

The other thing that really surprised me is that when I was at the concert this week, I already knew all the songs they sang that day! I’ve been paying more attention to their music than I had thought!

These ladies easily found their way into my heart with their music. 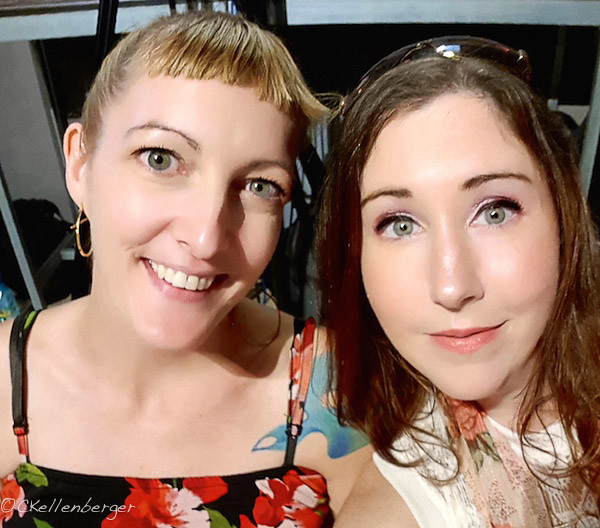 As I was sitting in the audience, I was doing a little wiggle dance. Tapping my feet, clapping my hands, smiling, laughing, totally caught up in the magic that was happening on stage with Lara and with Esther and with their incredible band.

She made her fans so happy when she came out into the crowd and sat down with them and sang right to them. It was so wonderful to see that happen.

To see Lara connecting with her fans like this was truly a special gift for everyone involved.

What I see with these two incredible sisters is something truly special: They are warm, giving, kind, talented, intelligent, and utterly determined to do things their way.

Their way works, which is why I backed them and why I believe in their message. 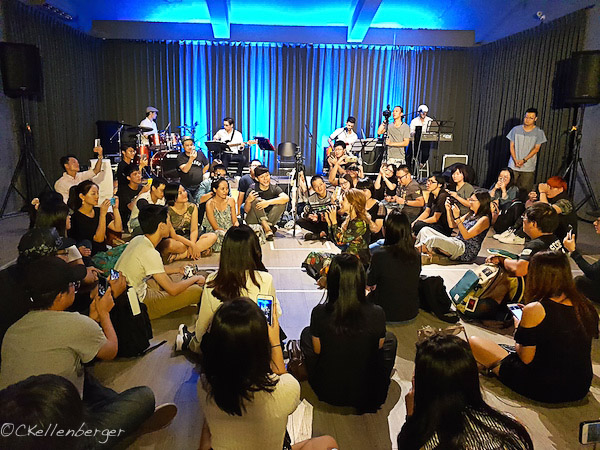 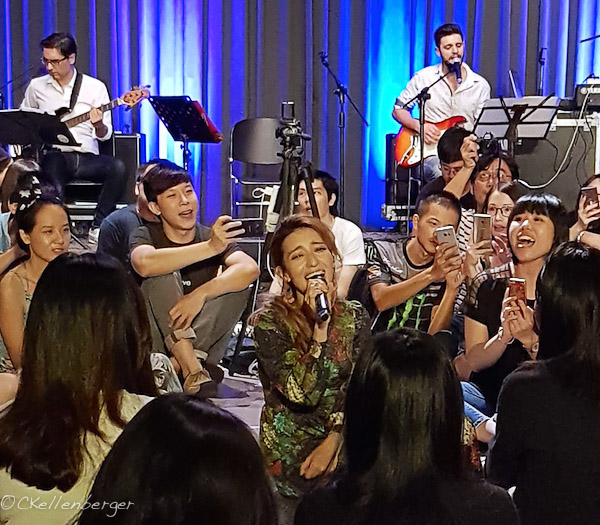 In any case, I will likely add more to this article later this week. My goal today was to get this post up with photos to see if anyone else would like to help these women with their mission to create their own art.

We got your message, Lara and Esther. You’re flying now! Thank you for showing us that dreams are real and achievable with a little help from your friends.

Lara: As I go to sleep right now, I am feeling so full of gratitude and hope. I cannot say thank you enough times. Thank YOU for making this campaign goal reachable. Believe in your dreams and believe in the people who believe in you

Esther: Crowdfunding for Lara’s album has been a very interesting and eye-opening experience into the inner workings of support, love, passion and sacrifice. We’re both beyond moved and surprised by the selfless support of several individuals in our quest to keep staying independent as content creators. I’m so grateful for all the friends who have come forth and contributed to the campaign, and I humbly ask anyone else who hasn’t heard about the campaign if they’re willing to pre-purchase Lara’s next solo album so we can hit our goal in the next 24 hours. But again…thank you and it’s really been a very rewarding experience, experiencing love and support at this level 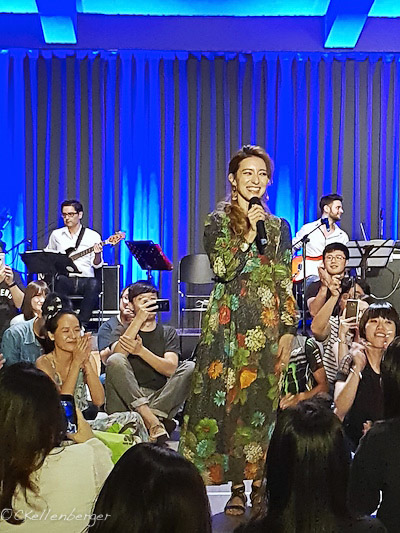