1,772 feet of fun. That’s what you can expect from Brighton Pier. A stunning seaside location in Brighton, Brighton Pier may have some stiff competition with other attractions located throughout the city, but it has still managed to hold on to its title as the top attraction in Brighton since 1823.

Brighton is one my favorite cities to visit. It’s rife with charm, it’s pretty as a postcard, and there’s a funky baseline to this city just waiting to be uncovered. Whether it’s shopping in the Lane, getting down with your bad self at Audio, enjoying some sunshine on Brighton Beach, facing the wind at Devil’s Dyke, hanging out with a Banksy or just unwinding in one of the city’s many pubs, Brighton has something for everyone.

And everyone, at some point or another, visits the iconic Brighton Pier.

It’s hard not to notice Brighton Pier as you’re driving along the beachfront. If the giant Ferris Wheel doesn’t give it away, you’ll almost certainly notice the seagulls circling the skies and the smell of popcorn in the air, that is, if you haven’t already spotted its distinctive iron and steel structure and flashing neon lights. 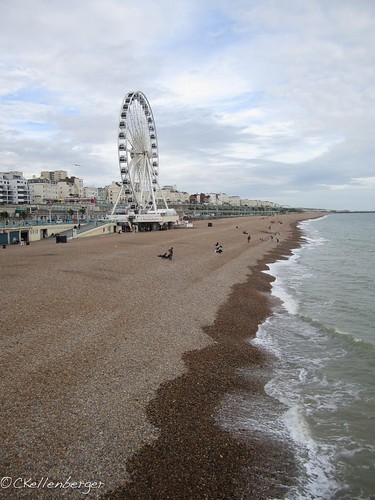 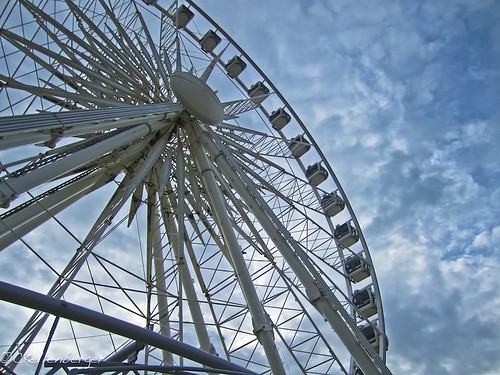 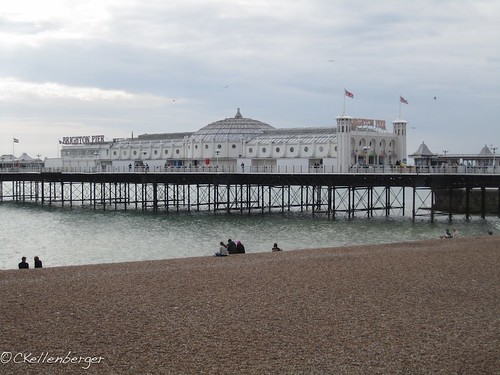 Back in 1823, Brighton Pier was known as Old Chain Pier, and it was mostly used as a landing stage for passenger ships sailing from France. The pier’s commercial value quickly became evident to its owners, however, and it wasn’t long before the strip was littered with souvenir kiosks, candy shops and fortune tellers. Visitors were charged $2 to enter.

READ:  Photo Moment: My Several Worlds and the Beach

Brighton Pier is probably best known for its arcade games and amusement park rides, although arcade games didn’t arrive until the 1980s. It has a reputation for being the first in England to introduce new games and rides. A concert hall was opened in 1911, and it eventually became a theater. Summer shows were held here, and the likes of Dick Emery, Doris & Elsie Waters performed on stage on the Brighton Pier. That stage is still on Brighton Pier today. You can find it in the Palm Court Fish and Chip Restaurant. 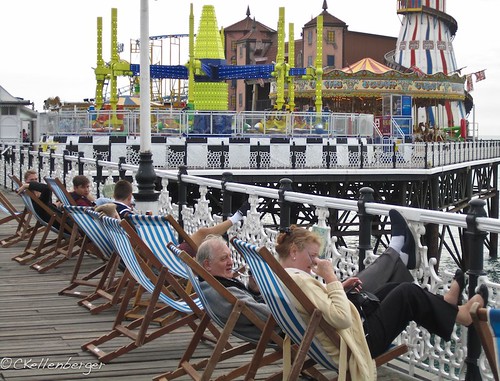 Today, you’ll find that admission to Brighton Pier is free. The owners have also provided free deck chairs, which are almost always in use. There’s nothing like taking a walk out to the sea, whether its a gorgeous sunny summer day, or a blustery winter day, Brighton Pier is always a treat. 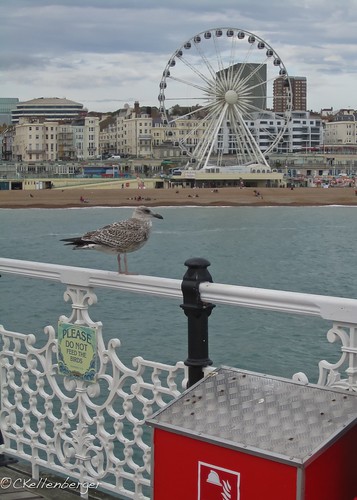