Denmark’s newly hip capital isn’t a cheap city break, but there’s plenty of culture, history and architecture you can enjoy without spending anything.

1. Sample the flavours of Torvehallerne

Scandinavian cuisine is most definitely driving the gastronomic zeitgeist, and acclaimed Copenhagen restaurants Noma and Ralæ are leading the way with their innovative, unpretentious and terroir-led Nordic creations.

But you don’t need to dine at Michelin-starred tables to get a taste of top-quality Danish produce; Torvehallerne is the city’s premier food market, and where discerning Copenhageners come to shop.

The buildings were designed by Hans Hagens and are home to 80 gourmet stalls, including artisan bakeries, boutique chocolatiers, niche delicatessens, fine wine bars and trendy coffee outlets. There are usually plenty of free samples to go around – and you might even sample some Smørrebrød, the famous Danish open sandwich. 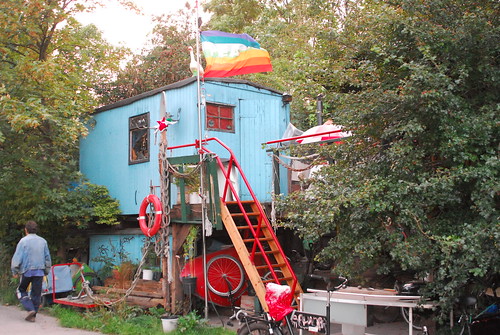 2. Immerse yourself in Christiania

The freetown of Christiania is politically controversial and fascinating. This district of approximately 900 residents in Christianshavn was founded on the site of an old army barracks in 1971 by hippies and libertarian idealists. Christiania has since largely existed outside of Denmark’s laws, and today it’s still relatively independent of governing authorities.

Visitors will find dilapidated and colourful graffiti-covered buildings housing a working community of shops, cultural arts hubs and cafes serving organic beer and vegetarian food. Christiania is one of Copenhagen’s most popular attractions and it’s safe for tourists, but be aware there is a significant drug and alcohol problem within the freetown – soft drugs may be sold openly.

If you go, respect the three rules for visitors: have fun; don’t run; no photos.

3. See the changing of the guard at Amalienborg

Every day at noon in Copenhagen you can watch the ceremonial changing of the Royal Life Guards at Amalienborg. The procession of the bearskin-capped soldiers begins at 11.30am from the grounds of Rosenborg Castle, and by midday they arrive at the royal palaces to commence the ceremony.

When the Danish queen is in residence at one of Amalienborg’s four palaces The King’s Guard also takes part in the tradition, as well as a band that play traditional military marches. The ceremony is a 30-45 minute parade of pomp and heritage, and unlike Buckingham Palace there are no wrought iron gates to separate you from proceedings.

If you miss the midday ceremony you can still catch the guard post replacements every two hours. 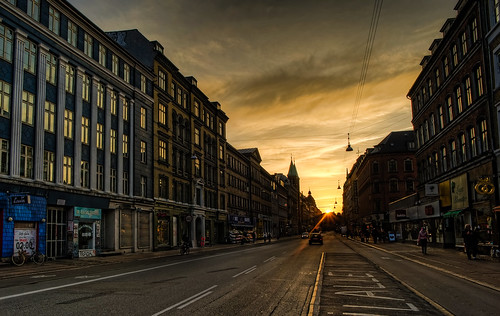 The most popular shopping area in Copenhagen is Strøget, a combination of streets that snake through the city centre and house high-end department and designer fashion stores. But to get an authentic feel of trendier Danish culture pay a visit to the district of Nørrebro in the north-west of the city; along with Vesterbro, it’s been considered the hippest area of the capital for a number of years.

Here, you’ll find Copenhagen’s most diverse ethnic mix, some of the Scandinavia’s coolest music and clothes shops, as well as popular bars and cafes in and around Sankt Hans Torv. Keep in mind Nørrebro has been the traditional setting for city riots over the years and The Killing often films here, so the district can feel a bit ‘edgy’.

5. Discover a world of art, culture and history

As you would expect from a modern capital city, there are excellent galleries and museums in Copenhagen – and many of them are free. Statens Museum for Kunst – the National Gallery of Denmark – is the largest art museum in the country, making it a good place to start.

If you have time, you could also visit National Museet – the National Museum – which is home to a range of artifacts and exhibits relating to Denmark’s cultural history.

Another option is to explore the Ny Carlsberg Glyptotek, a gallery set up by beer baron Carl Jacobsen and dedicated to Greek, Egyptian and Roman art collections. 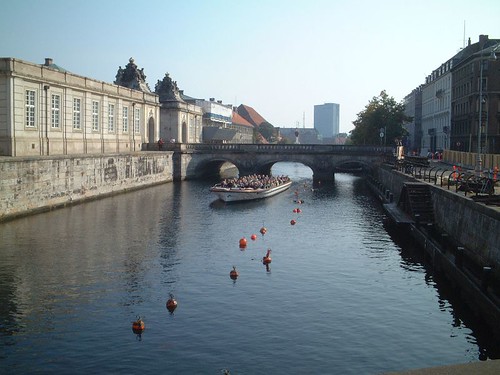 6. Take a self-guided tour of Slotsholmen

Slotsholmen is an island within a city. It’s the oldest area of Copenhagen, and separated from the rest of the capital by a surrounding moat-like canal. Today it’s the home of the national government, and houses a compact collection of parliamentary and administrative buildings – which Nordic drama viewers will recognise from Borgen.

The centerpiece of the island is Christiansborg Slot, a castle and official royal residence. It’s a grand and impressive sight, though hardly the prettiest palace you’ll ever see.

Slotsholmen is also home to the Danish Jewish Museum, but if you need to take a break from all the history and heritage you rest up in the peaceful and attractive nearby Liberty Garden.

7. Experience the stark beauty of the ‘Black Diamond’

The juxtaposition is akin to a futuristic urban sci-fi setting. Completed in 1999 by Danish architects Schmidt Hammer Lassen, this polished black granite behemoth was quickly nicknamed the ‘Black Diamond’ – a moniker that’s since been semi-officially adopted.

The Diamond’s interior is as impressive as the outside, and in addition to its main function as a library it acts as a venue for concerts, drama performances and conferences. 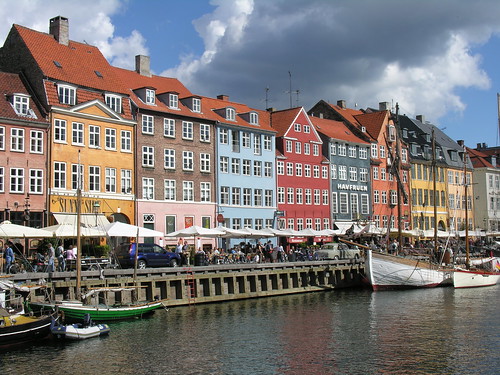 8. Enjoy a leisurely stroll along Nyhavn

This colorful stretch of 17th Century waterfront townhouses is probably the most photogenic place in Copenhagen. Its prominence on the cover of guidebooks and maps has made it synonymous with the city, and a walk along the harbor is a must for many travelers.

Nyhavn originated as a bawdy cargo hub where merchants and fishermen would mix with sailors and prostitutes, but these days it’s a rather more calm and quaint tourist hotspot.

Despite its ubiquitous profile and the presence of pricey tourism-focused cafes and restaurants, Nyhavn has retained its charm and is the perfect setting for a mid-summer Scandinavian stroll.

9. Soak up some romanticism at the Rådhus

Copenhagen’s City Hall is the seat of local administrative power, and it costs nothing to have a look around. The striking red-brick building was designed by Danish architect Martin Nyrop, and incorporates 19th Century Romanticism, medieval design and even some Italian influences.

Outside in the City Hall Square there’s a statue of Danish literary legend Hans Christian Andersen; inside there’s a grand main hall which you can explore, and Scandi TV drama fans will appreciate recognizing the settings of many tense scenes from The Killing and Borgen.

For a fee, you can climb the Rådhus’s 300-step clock tower and get a breathtaking view of Copenhagen. 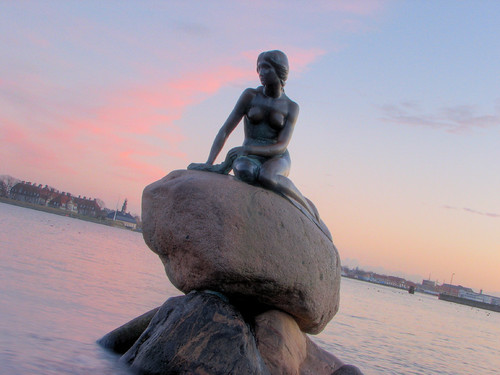 10. Pay a visit to The Little Mermaid

Where would a list of things to do in Copenhagen be without The Little Mermaid? The much-loathed waterfront homage to Hans Christian Andersen’s fairytale character was replaced in 2006 with a new statue by Danish artist Bjørn Nørgaard.

Despite headlining numerous lists of overrated travel attractions, the modern mermaid is actually a hauntingly beautiful and appropriately melancholic tribute. Nevertheless, many who flock to see the her leave bemused and unsatisfied. If the statue disappoints, the nearby Kastellet Citadel is worth a visit and free to enter – the walk around the historic ramparts is particularly pleasant on warm, sunny days.

Andrew Tipp is a writer, blogger and editor based in Suffolk. He has worked as an online travel editor for backpacking website gapyear.com, and has spent more than a year traveling and volunteering around the world – primarily in South America and southern Africa. He visited Denmark and Sweden in April 2013.

10 Things to Do in Brighton, England