If you think all Dublin has to offer is traditional Irish music, pints of Guinness and old-fashioned pubs then you should hop on a ferry, cross the Irish Sea and discover this modern, vibrant city.

Although today’s Dublin does retain its authentic charm, it’s also a young, cosmopolitan and cultural city. Dublin has everything you’d expect from a modern European capital, including fantastic shopping, trendy bars and a thriving nightlife. Add to this mix the city’s large student population, friendly locals and cool, laid-back style, and you have the makings of a unique city break.

So forget any preconceptions you have about Ireland and instead see our guide to what modern Dublin has to offer:

From trendy fashion boutiques to markets, Dublin is a shopper’s paradise. Two of the city’s main shopping streets are Grafton Street and Henry Street, where locals and tourists alike can browse through well known high street stores, as well as a number of small independent shops. For those looking for something a bit different head to one of Dublin’s numerous markets. Different markets are held throughout the city and are perfect for discovering the unusual, whether you’re hunting for antiques, searching for second-hand books, or looking for cool accessories.

Nothing demonstrates Dublin’s cosmopolitan credentials more than its vast array of restaurants specialising in cuisines from around the world. Whether you’re in the mood for Asian, Middle Eastern, American, Italian or traditional Irish dishes, there is bound to be something to get your taste buds salivating. Dublin’s eating options also cater to all price ranges, so even if you’re a hard up student, finding somewhere good to eat won’t be a problem. 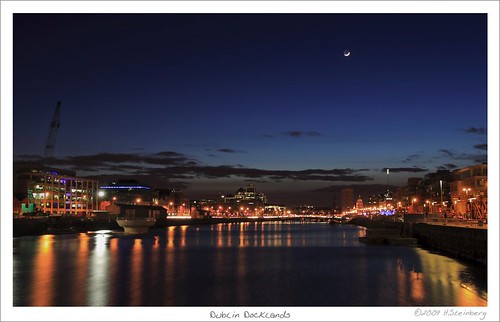 When it comes to drinking, forget downing pints of Guinness and instead go to one of Dublin’s many trendy bars where you can enjoy a cocktail while mingling with the city’s young, fashionable crowd. Temple Bar is the famous, and most popular, Dublin drinking district, however if you explore further afield you’ll find many modern, cool and just as popular bars and restaurants.

Dublin’s Trinity College means that the city is full of students, which also means that it’s not short on nightclubs. The city’s clubs cater to all tastes from hard core raves to those in the mood for some salsa dancing, just click onto one of the city’s nightclub guides and you’re bound to find something that will tempt you away from a good night’s sleep. Many of the main clubs are located in the city centre and the more popular ones are known to pack out quickly, so don’t leave it too late if you’re planning to hit some of the city’s liveliest hotspots.

When it comes to comedy and culture, Dublin is a city to be reckoned with. It not only hosts the Dublin Fringe Festival and a week-long Fashion Festival, but the city also holds many smaller festivals throughout the year. Coming up at the end of October is the Bram Stoker Festival, which not only celebrates Stoker’s novel Dracula, but also all things ghoulish and supernatural.

The Irish are famed for their cheeky charm and sense of fun, so it is no wonder that Dublin holds numerous comedy nights and events, which regularly feature many of the city’s home grown talents while the occasional world-famous comedian makes an appearance. Well, at least one Irish stereotype has truth to it!

Written by Derin Clark, a writer, editor and blogger.

Why Travel By Train In Europe?