Sighnaghi is a tiny town in the easternmost region of Kakheti in the Republic of Georgia. It is also home to several important Georgian attractions, such as Bodbe Convent and St George’s Church, which date back several hundred centuries. It is one of Georgia’s smallest towns, with a population just under 3,000, and it’s a special medieval town with a lot of history. It’s still known as the town of love throughout Georgia, and once you get a look at its pretty houses and cobblestone streets, it’s easy to see why!

Sighnaghi’s economy is mainly driven by wine and traditional carpet exports, but it has recently undergone a reconstruction program to make it an important part of Georgia’s tourist industry. The town is best explored in one day. 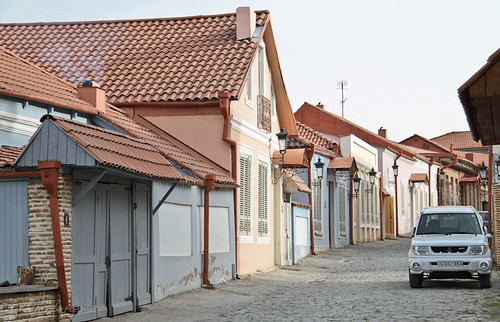 The cobblestone streets of Sighnaghi, Georgia offer a picturesque look into village life in Eastern Europe.

1. A visit to the town’s 18th century  town wall is a must. Sighanghi is home to one of the biggest fortifying walls in Georgia, occupying close to 40 hectares. The wall has 23 towers and six gates. The 4.5 meter wall is 1.5 meters wide, and runs for a length of 4.5 kilometers. The best place to view it is at the tower gate on the road to Sakobo/Tsnori. There is also a lovely restaurant there that gives you an excellent view of the wall and surrounding landscape. A view from the town wall allows visitors to look over the Gombori range, where you can view Alazani Valley and the great Caucasus mountains in the distance. 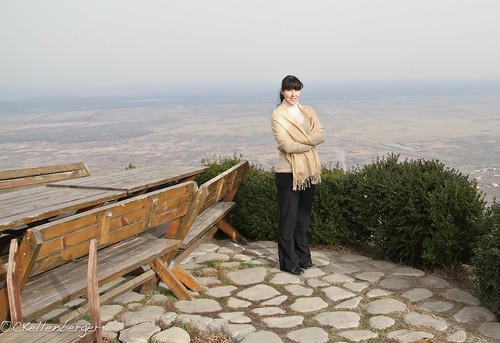 When Sighnaghi was built in the 18th century it was constructed to offer protection from the attacks of marauding tribes.  The walled village was capable of housing the entire population of the surrounding region.  Today, parts of the village walls still stand, commanding magnificent views of the Caucasus mountains. (That’s me, by the way.) 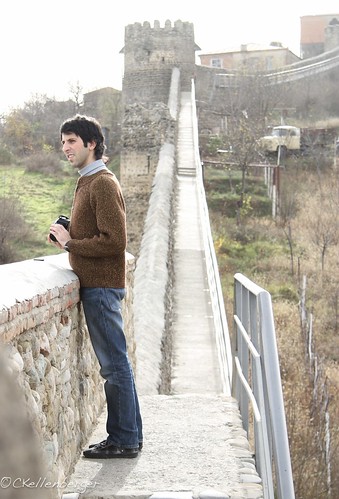 This is my friend Data.

2. Taste the local wine and enjoy delicious Kakhetian food in one of Sighnaghi’s many restaurants. Sighnaghi also has a number of wine cellars, where you can sample different wines and learn about Georgia’s wine making traditions. (That’s my friend Mitch below, by the way. He was an excellent travel partner on this trip!) 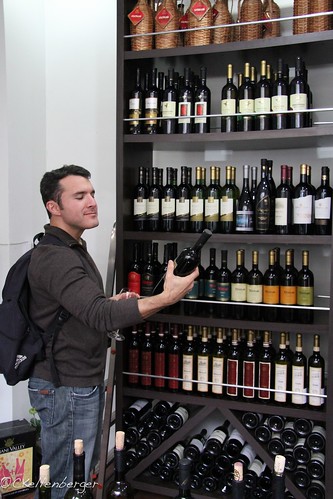 3. Visit one of the many tiny villages surrounding the town of Sighnagi for a glimpse into what traditional life is like for countryside dwellers in Georgia. 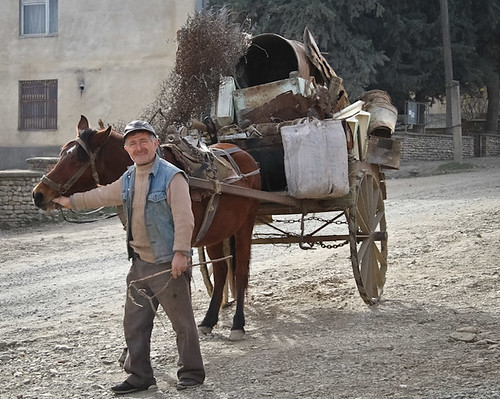 4. Visit St. George’s Church in the town center. This 17th century Georgian Orthodox church is a stunning example of ancient architecture. St Stephen’s Church is also located nearby. These churches dominate the skyline of this tiny town. 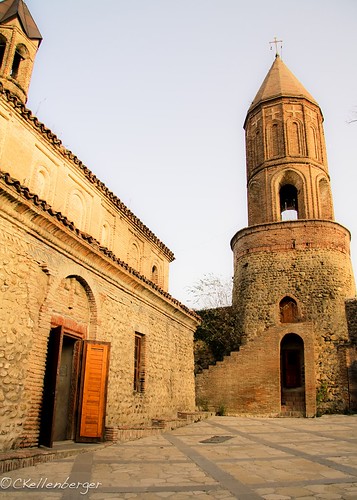 Within the city walls, St. George’s Orthodox Church towers above the surrounding houses.

5. Bodbe Convent is situated in the hills just a few kilometers outside of Sighnaghi, and it’s an important pilgrimage for many Georgians.  St. Nino, a 4th century apostle of Georgia and one of Georgia’s most important female patrons, is entombed here. The monastery was constructed at the end of the 1oth century, and reconstructed again in the XIX century. 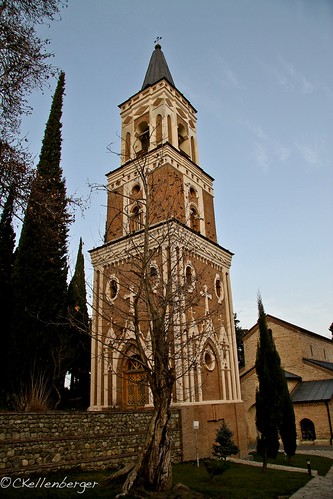 6. Khornabuji Fortress is located near Dedoplitskaro. The fortress is an ancient fortification perched on top of a outcropping of rocks. It was first mentioned in the 5th century, and it was invaded by the Mongols in the 13th century.

8. The Signagi Pirosmani Museum boasts stunning archeological artifcates as well as gorgeous artwork and masterpieces created by various Georgian artists. You can also see the works of Niko Pirosmani, one of Georgia’s most famous folk artists. The museum is located near the town square at the summit of Sighnaghi, and it can be reached by taking the stairs to the left of the large clock tower building.

9. Don’t miss out on the Sunday morning market in Bodbiskhevi. The market is located in the village of Bodbiskhevi. You can hire a taxi to take you to the market and bring you back for 15 gel or less. Bodbiskhevi is the largest market in the area, and it a traditional Soviet Sunday market day experience. You’ll find fresh produce, cheese, meats, artisan handicrafts and clothing here at an excellent price.

10. Invest in a traditional Georgian carpet. The area is famous for producing them!

Chronic Pain Quotes That Pain Patients Can Relate To