When romance is in the air, a holiday for two can seal the deal. Valentine’s Day 2013 falls on a Thursday, which means you can plan the perfect long weekend away. Roses, diamonds or a bottle of bubbly all help set the mood, but getting away from it all with a hotel stay in a special location could prove unforgettable. Try romancing her with a long weekend or whisk her away for a longer holiday to one of  these aptly named destinations:

Kissing is a municipality in the Aichach-Friedberg District in Bavaria, Germany. This tiny town of just over 14,000 inhabitants is near Munich, so there are plenty of opportunities to enjoy Bavarian culture, hearty food, inspiring scenery and tankards of beer.

Love Valley, North Carolina, USA – Love Valley offers great vacation rental homes for travelers that are interested in relaxing deep in the country with trailing riding and pony trekking as options for recreational activity. What could be better than going for a romantic ride with your sweetheart? Just don’t leave home without getting some cheap travel insurance! 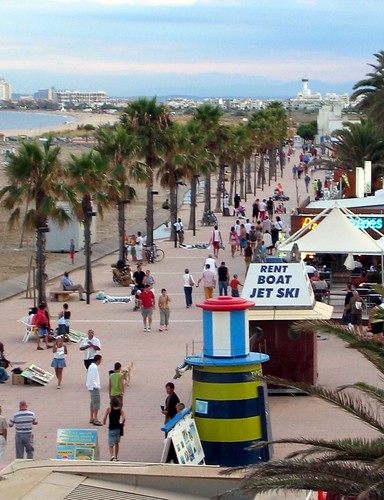 Roses, Spain is a pretty little town that is known for its beautiful beaches and unique location. It has a beach resort that faces the west, which allows guests to enjoy stunning sunsets across the Gulf of Roses. The town is situated just south of the French border in Catalonia with the Pyreness nearby. Each summer, thousands of beach lovers descend on the town’s 30,000+ inhabitants. The town is said to be over 3,000 years old, but no one knows for sure when the village was founded.

Hartsville, USA – There is very little to see in Hartsville itself apart, but it could be a photo stop on a road trip from Philadelphia to New York!

Bouquet, France – The tiny village of Bouquet is located  in Southern France on the doorstep of Provence near Alès. The surrounding countryside  is as lovely as the place name itself. The village has just over 200 residents.

Diamond Creek, Australia – Diamond Creek is a suburb of Melbourne, the cultural capital of Australia. The city itself is well known for its art and musical culture. Diamond Creek gets its name from the Diamond Creek watercourse that flows through the area in a southernly direction. The name has also been related to a story of a farmer whose prize winning bull drowns in the creek. It’s said that the bull had a diamond shaped white patch on its forehead.

Valentine Place is in the London area of South Bank. The area is not far from Waterloo Station. There are a number of attractions in the aera, with plenty of bars and restaurants to choose from as well as two theaters and a number of shopping attractions. History buffs may enjoy a visit St. George’s Cathedral and the Imperial War Museum.

Ringgold is a small town in Georgia, on the outskirts of Chattanooga, Tennessee in the USA. It’s famous for the song Chattanooga Choo Choo. Ringgold is also home to the Ringgold Depot which still contains bullet marks from the American Civil War. Country singer-songwriter Dolly Parton married her husband Carl Dean at the Ringgold Courthouse in 1966.

READ:  Good Things To Come and Where The Hell Did My Vacation Go?

Wedding, Germany is a district of vibrant Berlin. The area saw a constant migration of country-dwellers moving into the city up until the end of the 19th century. Wedding is a working-class district and one of the poorest areas in Berlin. It is also home to a vibrant artists’ community. After World War I, Wedding was known as Red Wedding because of its largely militant and Communist working class. It was the scene of several violent clashes between Communist and Nazi sympathizers in the late 1920s.

So, there you have it. Do you know any other romantically-named places in the world that we could add to our list?

Photo Essay: Where I Traveled to in 2013

2012 and 2013 were not kind to the Kellenberger or the Marshall families, but we have had plenty of love and support from family and...

#NonfictionNovember ⠀ ⠀ Are you a Katherine He

Because #BeautifulBooks brighten my life. Thank yo

I hate having others do what I'm not able to do. I

How appropriate that the first non fiction book I

My first #BeautifulBooks entry for @bookdepository

💯 Truth ⠀ What are some unexpected costs that

This week feels like Christmas! Thank you so much

Being off my meds for this petition process has ra

When life makes you weary, always find your zen at

Happy Halloween! This is one of my favorite times

My last spooky read before Halloween! I haven't be

This is my favorite read for October. (It's PRIDE