Lake Louise has become symbolic of an iconic Canadian mountain experience. A sparkling blue-green alpine lake situated at the base of glacier dressed peaks, Lake Louise offers paddling and hiking adventures during summer and one of the most scenic outdoor skating rinks in the world during the months of winter.

It also makes for a stunning photo essay of Lake Louise and its attractions.

This beautiful lake in Banff National Park is a UNESCO World Heritage Site that offers a breathtaking landscape. It’s no wonder that it has been named time and time again as one of the world’s must-see destinations!

John and I have been wanting to do a cross-country road trip in Canada for quite some time, and we were lucky enough to have that opportunity when a friend of mine got married in Smithers, British Columbia. Although our son Caleb has been to Canada on a number of occasions to visit with my family, this was his first time outside Ontario. Caleb really enjoyed his trip to the Canadian Rockies. When I asked him what he remembered most from this trip he talked about wandering along the water’s edge at Lake Louise and walking on Athabasca Glacier at the Columbia Icefield.

Lake Louise was initially know as the Lake of Little Fishes by the natives who were settled in the area, but the lake was christened with a new name in August 1882 by a horse wrangler named Tom Wilson, who named the lake “Emerald Lake” because of its beautiful green waters. Two years later, the lake became known as Lake Louise to honor Princess Louise Caroline Alberta, who was married to the Governor General of Canada. 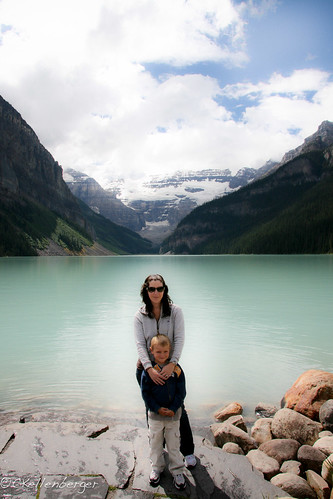 Caleb and I in front of Lake Louise.

Things to do at Lake Louise: 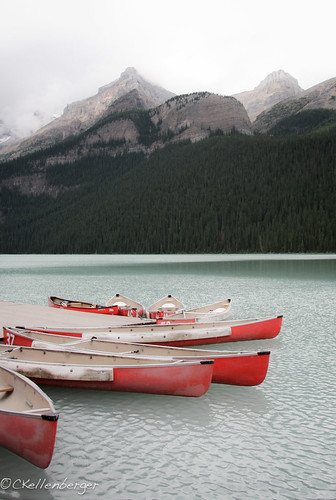 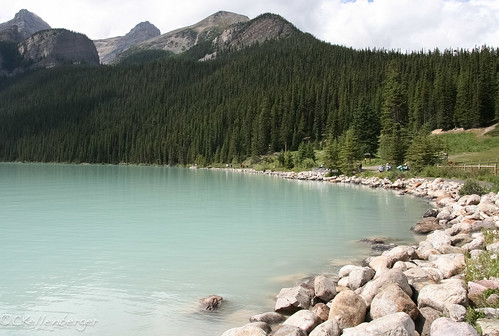 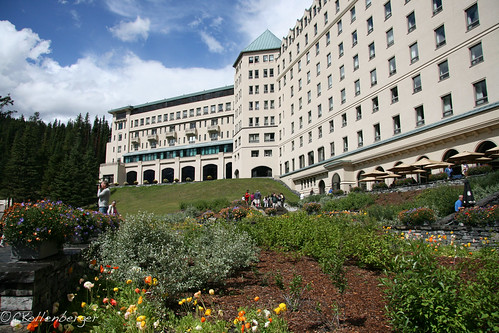 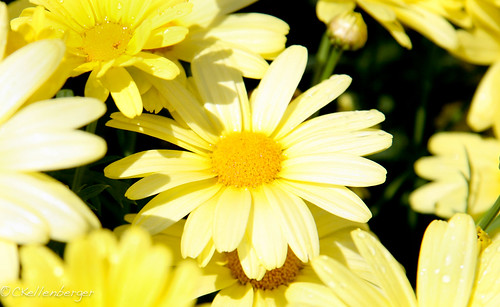 Father and son at Lake Louise

Five snapshots from a day spent wandering the streets of downtown Toronto in July 2010....

Five snapshots from a day spent wandering the streets of downtown Calgary in August 2010. These steel trees on Stephen Avenue were...

8 thoughts on “A Photo Essay of Lake Louise, Banff”