This guest post was written by Stephanie A Long. 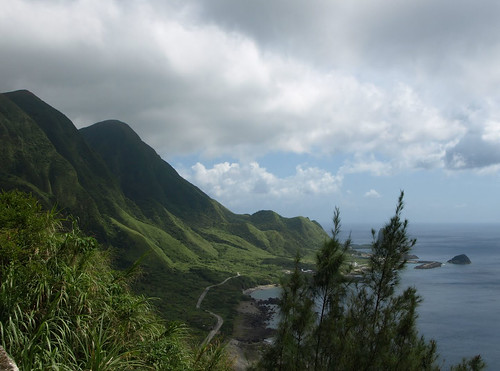 Apart from a few dolphins that had been keeping pace, the only thing to see since we had passed Green Island was blue meeting blue on the distant horizon. The sunlight’s warmth and the deck chair’s swaying and rocking had made my eyelids heavy.

I hadn’t realized that I’d drifted to sleep, though, or that the 4 hour journey could already be nearly over. And so, when a light touch to the shoulder woke me, it seemed to me that the wild, jungle-covered cliffs filling the world off to port had magically burst up out of the calm waters.

Orchid Island, also called Lanyu, had been on my travel list for nearly 2 years—and finally, I was there!

This volcanic island, with its turquoise waters and unique native culture, might not be as popular a tourist destination as the much closer Green Island, but that isn’t because it lacks anything in beauty or culture. Because of its remoteness—the island lies about 73 miles off the south-east coast of Taiwan—and the relative difficulty of traveling there, fewer people are able to make the trip. If you do brave the little planes or the ferry ride, though, the trip is well worth it!

Soon after climbing down from the boat, we were met by a driver who brought us back to a local home, partially converted into a hostel. Within an hour, we had our rental scooter, a full tank of gas, and an evening to drive, climb around on the volcanic rock, and explore. 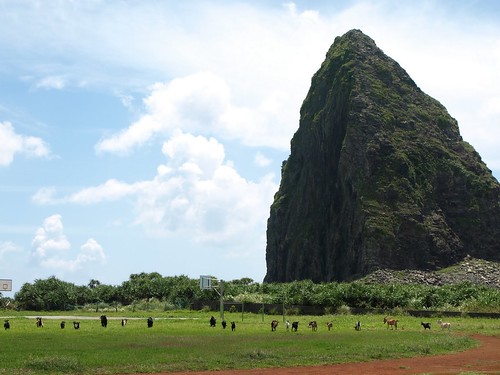 A single coastal road wraps around the island, and it only takes 2-3 hours to circumnavigate this small island. You can take your time to stop and admire the dramatic rock formations along the road, and just enjoy the ride between the deep turquoise waters on one side and the dense, wild mountains on the other.

When it came time for a meal, there wasn’t any shortage of delicious things to eat. If you are looking for a quick snack or drink, there are numerous small, independently owned convenience stores along the island’s main road. You may have to drive 10 to 15 minutes to find a snack or a coffee, but that’s all part of the laid-back island adventure. There aren’t any 7-11s on this island, and that’s part of the charm.

There are a few western-style restaurants and bars overlooking the ocean, and plenty of small restaurants serving local food. Make sure to give the island’s specialty, flying fish, a try while you are there! 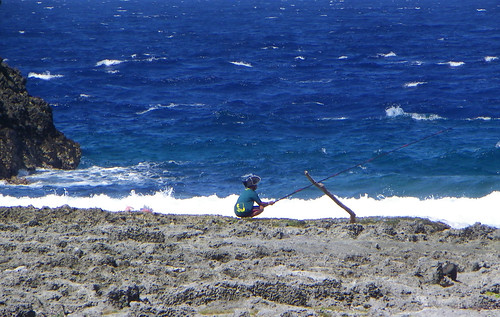 The stunning, deep blue waters that surround the island are home to some beautiful coral reefs, and Orchid Island has a reputation as being a great place for snorkeling. For only 400NT per person, we rented wetsuits and snorkels, and had a guide from the local village. Drifting above and through the beautiful world of coral reefs that lies just off the coast is the perfect way to spend a few hours here.

For travelers who like trekking, the climb to Orchid Island’s Taling mountain is popular, and offers great views. The weather station, which is just a short drive up the cross-island road. Although there’s nothing particularly spectacular about the weather station itself, the views along the drive, and once you’ve reached the top, are amazing.

One of the biggest draws to Orchid Island, though, is the chance to see its unique culture. This island is home to the Yami people. Culturally distinct from the rest of Taiwan, the Yami have traditions and customs that more closely resemble those of people in the Philippines. 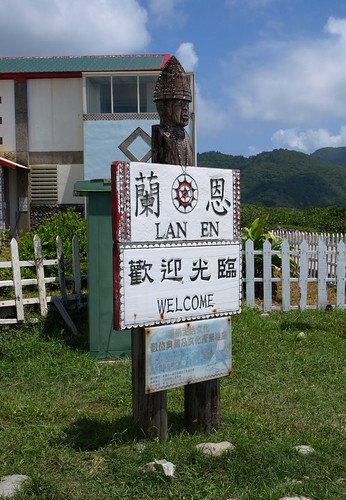 On your trip around the island, make sure to check out the Lanyu museum, which shows a replica of a traditional Yami underground home, as well as tons of traditional crafts, tools, and art. 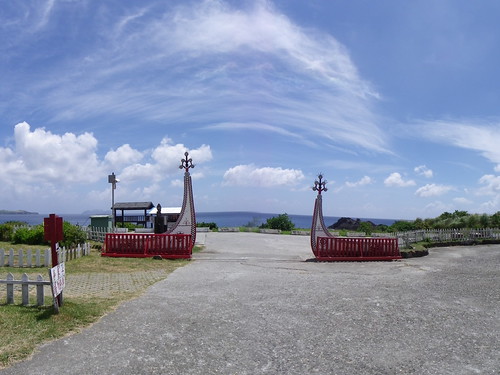 Be sure to also keep an eye out for the beautifully painted, hand-made canoes.  Outside of the museum, the gate from the main road is made up to look like two of these canoes.

After an all-too short weekend there, Orchid Island ranks high on my list of favorite places in Taiwan.  It has beautiful oceans, wild mountains, and a laid-back feel that makes it the perfect place to relax and get away from it all.

Moving House in Taiwan – From Shulin to Banciao