Street Food in the Philippines: A Taste of Filipino Life

Today’s guest post from Jayson Bagio is about street food in the Philippines. Jayson writes about GoHunt Dining restaurants in Philippines. Read more of his writings in Gohunt.ph or follow his twitter on @seoteky.

Food is arguably the most important thing when it comes to a person’s life. Everyone eats, no matter what kind of diet they tend to have. Everyone just really eats food and that’s that.

The great thing about food, however, is that they tend to be quite unique to its location. A dish could be popular worldwide, but it can also be very local and specific to an area. This is mostly due to the fact that food largely reflects local culture. The ingredients and how the food is cooked say a lot about a specific region or country.

Aside from the regular cuisine, however, a country’s set of street foods also tend to serve the same purpose as well. For example, the Chinese’s meat buns are extremely popular because they are inexpensive and filling. They are also perfect because they easily feed the working class citizens.

This is the same case with Filipino street foods. Most items that you will find out on the streets all over the country are made out of inexpensive items that are very affordable. They tend to say a lot about the country, because, as most people know, the Philippines is not exactly a rich country. Being in the “third world”, these food items are perfect because they are easily available, cheap, and tasty.

If you still don’t see the picture, here are some top examples of the Filipino foods that you will commonly see out on the streets:

These items are snacks that are based on eggs. Kwenkwek are made of quail eggs, while tokneneng are chicken eggs. Both are covered in orange dough and are deep fried. 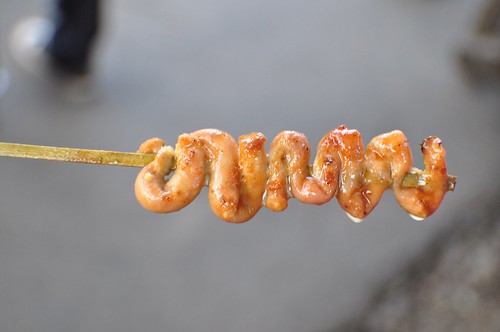 Isaw is another snack made out of chicken intestines. The intestine is put on a stick and then grilled. It is a very light, yet tasty, snack. 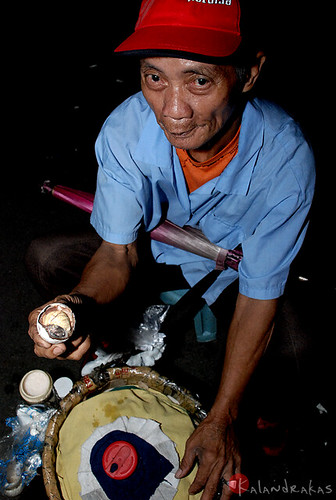 3. Balut (Duck egg with the Embryo)

Balut is also a snack that is basically pre-hatched duck eggs. They are not really popular outside of the Philippines and are usually considered exotic, but they are widely eaten in the country. They are rich in proteins and are even considered as aphrodisiacs. 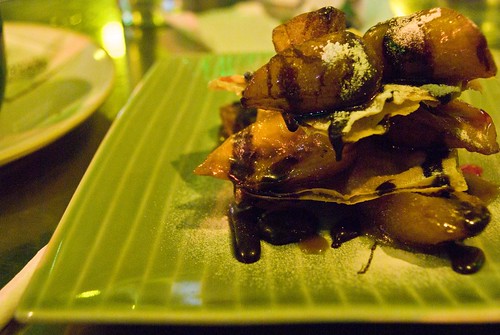 Maruya is a really filling snack that is commonly sold by street foods vendors and even some restaurants in Philippines. They are made out of a combination of bananas and flour, deep fried until golden brown. They are very filling.

These are just some of the top examples of the most popular street foods in the Philippines. Lots more are available, especially if you just look around the cities and towns around the country.

15 Filipino Foods to Try in Manila

Gastronomers delight in dining out in Manila because the city offers a smorgasbord of international cuisines, street food, and weekend...

This guest post was written by Stephanie Long Warm, white sand feels as fine as dust as it runs through my fingers. Palm trees wave in...

MY SEVERAL WORLDS CONTRIBUTING WRITER/GUEST WRITER: PIE RIVERA This is my first contributing article to this wonderful site My Several...

Today's guest photo essay and article is by Josh Aggars. Josh is a travel and surf blogger with his twin passions taking him to amazing...

15 thoughts on “Street Food in the Philippines: A Taste of Filipino Life”