Who says Shanghai skies are never blue? I was lucky enough to witness clear blue skies and fluffy white clouds for the duration of my trip to Shanghai (One week!) in November 2010. The downtown city skyline completely blew me away. I don’t think I’ve ever seen anything quite like this on any of my travels.

Luckily, I had a business meeting in one of Shanghai’s iconic landmarks, Jin Mao Tower. After my meeting was over, I cruised up to the lobby of the Hyatt Hotel and took in a bird’s eye view of the city. The 88-floor skyscraper is located alongside a ring of other towering skyscrapers in the Lujiazui area of the Pudong district of Shanghai.

It’s almost impossible to fathom that this district of Shanghai was agricultural land in the 1980s. Today, it is blessed with wide sidewalks, beautiful landscaped parks, bicycle lanes, and underground tunnels.

This skyline, one of the most impressive in the world in my opinion, is a true testament to the genius of mankind. 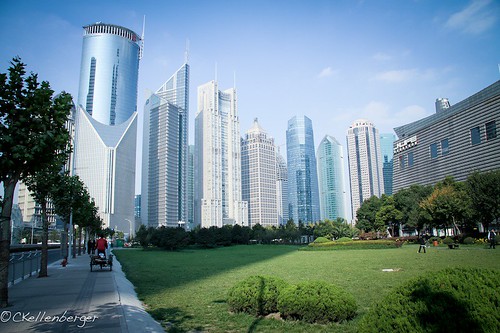 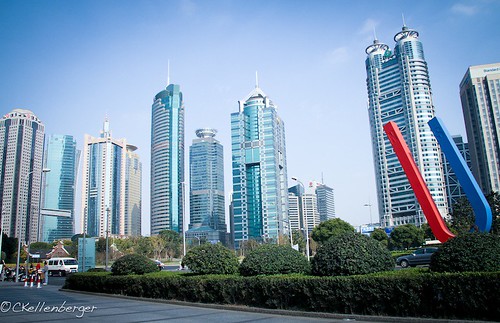 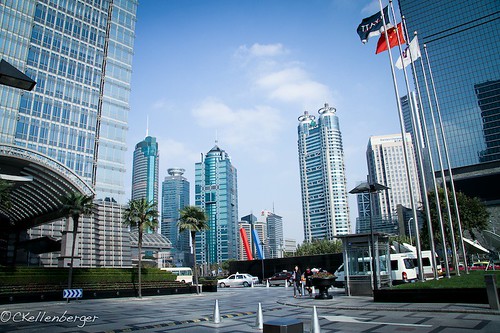 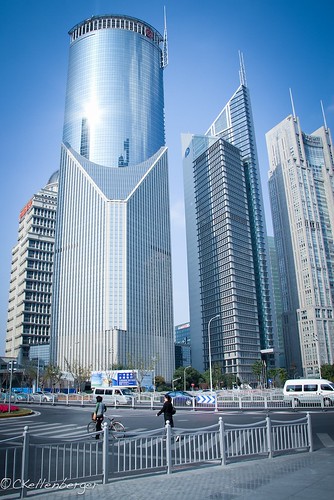 BANK OF CHINA BUILDING – This is the building that Tom Cruise bungee jumped from in Mission: Impossible III. 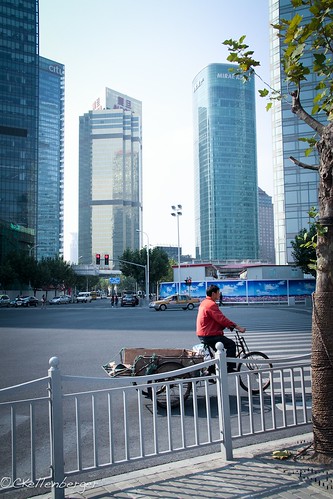 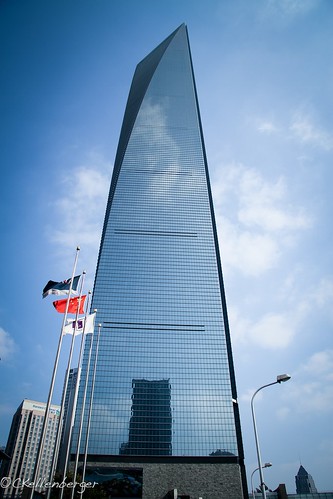 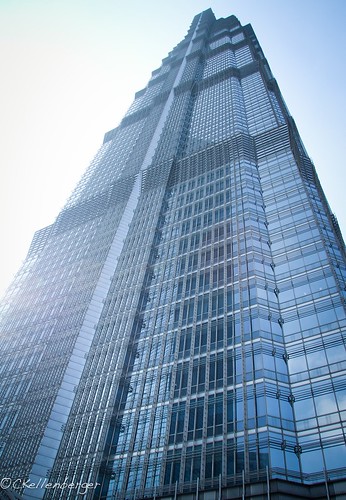 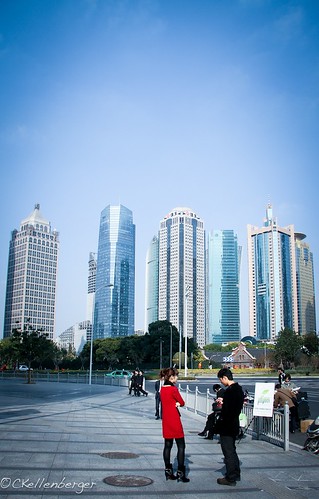