Top 5 Places to See in Jeju-do

Today’s guest post is by Rahul Prabhakar, a full-time senior technical writer for Samsung Electronics in South Korea. He’s has been awarded as one of the most influential tech comm bloggers around. But today, he will be sharing one of his travel tips instead.

This Chuseok (Korean Thanksgiving Day), I decided to catch all the glimpse and the action firsthand through my lens. By the time I could reach my resort, I had already marked the sites I was going to see and the ones I was going to leave out.

Here are my recommendations for the top 5 places in Jeju-do that you cannot afford to miss.

Imagine a museum filled with an unusual collection of paintings, exhibits, and artworks that tricks the viewer into believing that you’re part of the painting. If you’ve already started to feel the Goosebumps, you ought to know that everything inside this museum is designed with illusion in mind. The intention is to fool the naked eye. You can stand at designated spots, pose, and take pictures or videos. The fun starts when you view the end results in your camera or camcorder. The viewer is unable to distinguish between the real and the surreal, mainly due to the cleverly painted frames, many of which seem to have the objects leap out. The museum is sandwiched into different zones, each having its own unique theme such as the parody zone, aquarium zone, animal zone, Egypt zone, magic zone, Jurassic zone, and illusion zone. Located in Pyoseon-myeon, nearby Seongeup Folk Village, the Trick Art Museum is easily accessible by car or by local intercity bus. 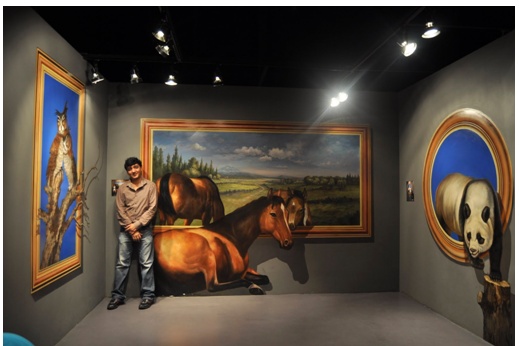 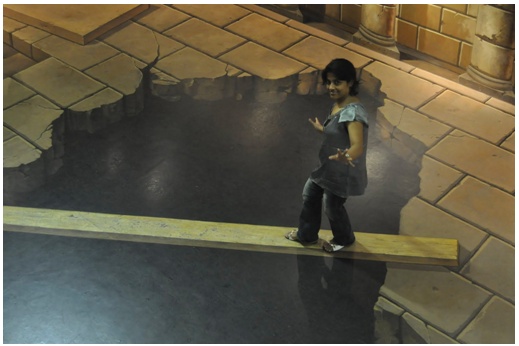 Ever been inside a lava tube before? If not, then this could be your only chance while you’re in Korea. Hailed as fourth largest lava cave in the world, the Manjanggul Cave holds the double distinction as a UNESCO World Heritage site. Manjanggul is also one of the longest lava tubes in the world. For the uninformed, the Manjanggul Cave boasts of a variety of lava stalagmites, lava stalactites, and lava stone pillars. On entering the cave, you’re likely to be greeted by a cold breeze oozing out of the lava tubes. The temperature inside the cave ranges from 11 to 21 degrees Celsius. You can easily cover up to 1km (of the total 13.4km) by walk, which will take just over 30 minutes to complete. Mind you, the floor is full of puddles, so you might not want to move swiftly. One of the major attractions inside the cave is the Stone Turtle, which many believe is shaped like the Jeju-do. Make sure to carry a jacket, as the cave’s ceiling tends to drip at times. Carrying a torch might be a good idea, since the lighting inside is dim. 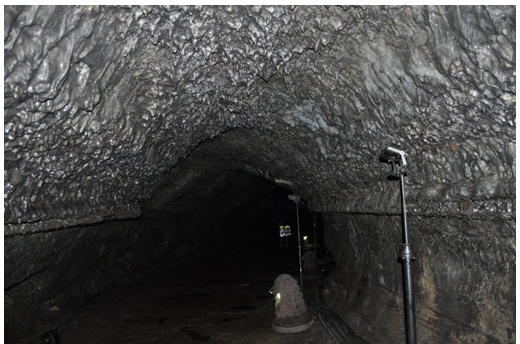 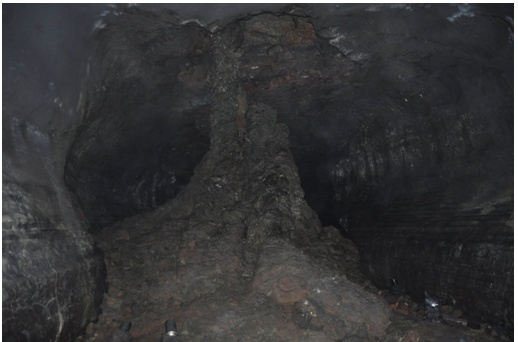 Wouldn’t it be great if you could walk on the crater of an extinct or a dormant volcano (around part of the rim to be more precise)? Walking on the rim of Sangumburi Crater turned out to be much more fun than I’d anticipated. This crater did not spew much lava or molten rocks; it didn’t even create a surrounding cone. But it is still hailed as the only one of its kind in Korea. Surprised? You shouldn’t be. With a circumference of over 2 km and measuring about 650 meters in width and 100 meters in depth, the Sangumburi Crater could be easily mistaken for a circular stadium. The crater is replete with flora, and if you’re willing to climb up on the north and south sides, you’ll be able to see red-thorn, magnolia and mountain strawberry trees, evergreens, and maples, covering the entire belt. 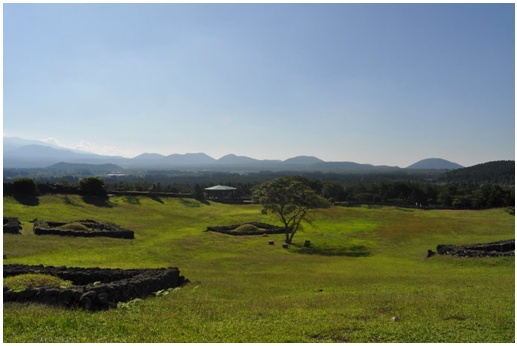 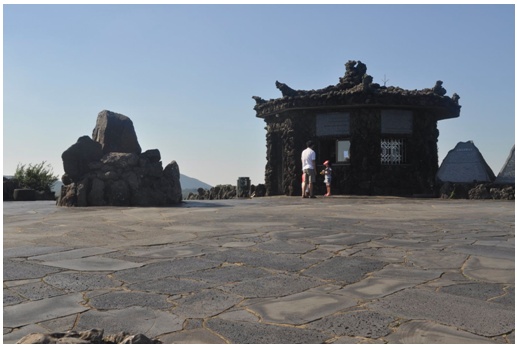 Want to know everything about Teddy Bears? If your answer is in the affirmative, the Teddy Bear Museum in Jeju-do is just the right place for you and your loved ones. I, myself, was surprised to learn that the Teddy Bear got its name after the 26th American president, Theodore Roosevelt, whose nickname was Teddy.

The museum boasts of two galleries, a museum gift shop, a museum café, and a restaurant. There is an outdoor park as well, in case you are not too fond of indoors. You can click photos along with the teddy bear sculptures and models inside the museum garden. The garden adorns various themes such as the Korean Black Bear family.

You can see teddy bears from various countries in the galleries, which is divided into three sections: the History Hall, the Art Hall and the Project Exhibition Hall. My favorite Teddy Bears were The Mona Lisa teddy bear and the teddy bears of the “The Last Supper” (Leonardo Da Vinci). Here you can also find the world’s smallest Teddy Bear having the size of 4.5mm. 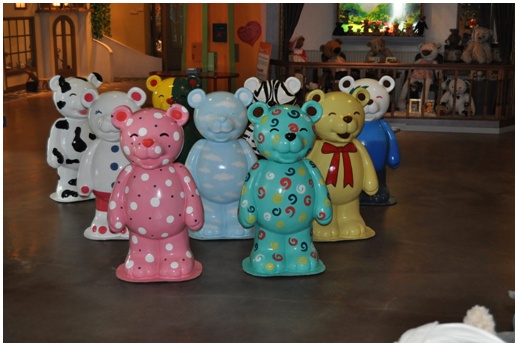 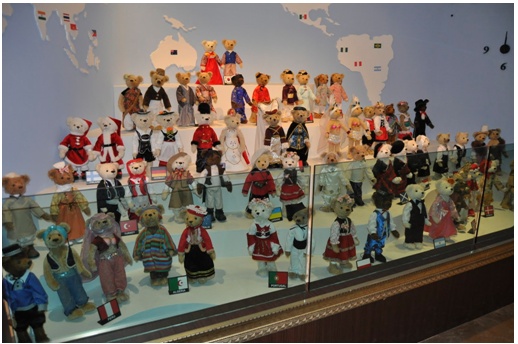 If you enjoy hanging out to theme parks, make sure you visit the Miniature Theme Park (Soingook) in Jeju-do. Hailed as the largest of its kind in Korea, you can revel in more than 100 globally known architectural marvels from over 30 countries – in miniatures that span across the 66,000 square meter area. Some of my favorite miniatures were the Taj Mahal, Bulguksa Temple, Jageumseong (Forbidden City), Sacre-Coeur, the Leaning Tower of Pisa, and Tower Bridge. Soingook also houses dinosaur fossils, Jeju stone culture displays, and statues of famous characters throughout the park. 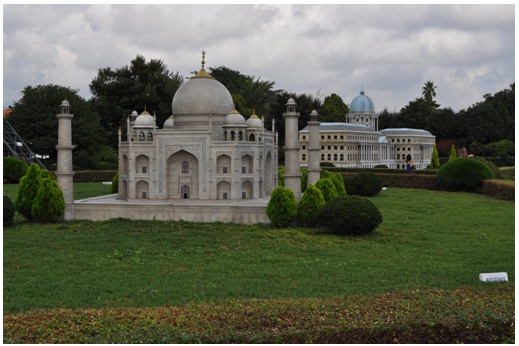 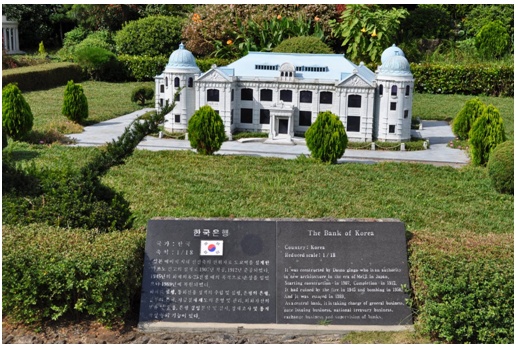 Image Source John and I are here in Seoul for a board presentation with the Korean government, and while we usually try to make the best...

It has been wonderful getting back into hiking again. As a young girl, I spent all of my summers romping around the trails of the...

Guest Author: Caroline Hosey, An Adventure of the Seoul When I think of March back home, I think of collecting seashells on the beach,...

Guest Author: Caroline Hosey, An Adventure of the Seoul  Time has been going by so quickly since I arrived in South Korea. If it...

A Seoul cityscape photo essay of some of my favorite buildings in downtown Seoul in February 2011. This charming little street can...

A stack from friends. Thank goodness I brought my

Today is #WorldSarcoidosisAwarenessDay and I have

Carrying on with brushing up on Russian history. I