Less than 8 hours after our midnight arrival in Edmonton, we were on the road again. Owing to my late arrival, we didn’t have any time to waste in Edmonton, but what we saw of the downtown core really impressed us. It’s a beautiful city and I’d love to come back and spend more time exploring the area.

We hit the West Edmonton Mall on our way out of the city in order to check out the largest shopping mall in North America. The mall held the record for being the largest mall in the world for over 22 years.

John and I have been to quite a few of the malls on the world’s list of largest malls. Just last month, we took Caleb to the Mall of America for a day at their indoor Nickolodeon theme park. We wanted to give Caleb a chance to see the indoor amusement park Galaxyland at the West Edmonton Mall.

The amusement park is cool, but it isn’t as nice as the theme park at the Mall of America. And, I’d like to add, he didn’t cry or fuss when he found out that we didn’t have time to take him on any of the rides. What a trooper. He’s just like his dad.

And me? Well, I’m a sucker for ice skating, so the concept of combining shopping with skating is no less than brilliant in my opinion. 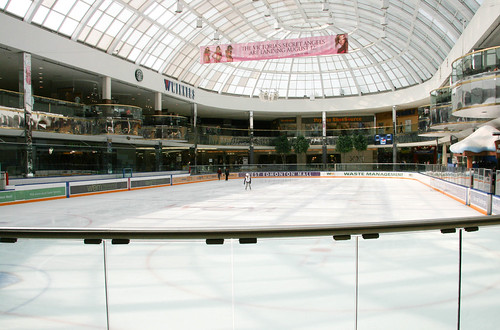 After the mall, we settled in for a long day of driving. Eight hours to be exact. Our destination for the evening was Prince George, British Columbia. We passed through Alberta’s rolling terrain and got a glimpse of what was to come on the Trans-Canada highway, but the real treat arrived when we entered Jasper National Park shortly after 2pm. 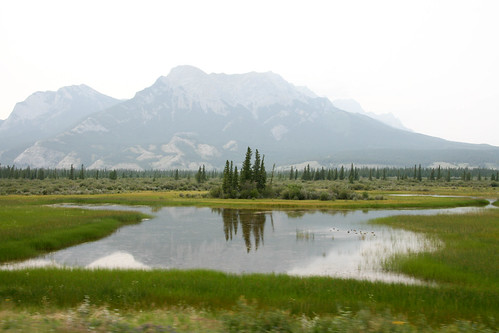 Now I know why everyone speaks in such awe of Canada’s Rocky Mountains. We went from gently rolling hills and fields of canola and wild flowers to dense forests of evergreens, towering snow-capped mountains, and stunning vistas of northern lakes, wildlife, grassy plains, and winding rivers.

Within minutes of entering the park, we saw a herd of elk fording a raging river, and as we drove up into the mountains, the forest got thicker and the scenery become even more beautiful with every mile we traversed. There were so many places that we wanted to stop at along the way, but we had to keep telling ourselves that we would get to do it all next week on our way back from the wedding.

READ:  A Road Trip from Canada to the USA 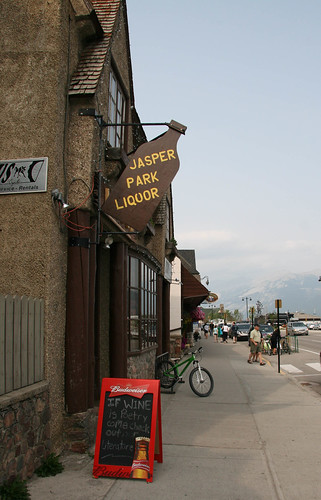 We did stop in the mountain village of Jasper, however. John felt that Jasper looks a bit like Aspen with its picturesque bakeries, eateries and souvenir shops. I can’t comment as I’ve never been to Aspen. It is a charming city though. We wandered over to the railway station to admire an old steam engine that was built in 1923. 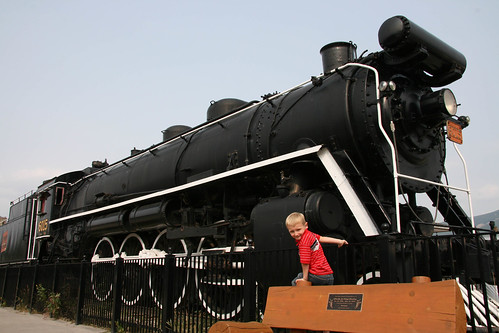 From Jasper to the edge of the park, we admired the views, and at one point, we stopped at a racing river to snap a few photos. Within minutes of leaving that area, we spotted some deer grazing in the field and later, a black bear crossing the road in front of us. Our journey through Jasper National Park was over far too soon for all of us, but at least we know that our time there isn’t over just yet. We will continue to add to our travel journal as we make our way through God’s country.