When food is renowned as much for its flavor and appearance as it is for being a true work of art, you know you’ve attained perfection in the culinary world. Din Tai Fung, a local restaurant in Taiwan has been making headlines with their award-winning dumplings since the 1980s.

The menu isn’t extensive. Most visitors come for the paper-thin xiao long bao, (steamed dumplings) which are stuffed with vegetables and meat or mashed red beans. The dumplings are served with finely sliced pieces of ginger and a soy-based dipping sauce. In addition to the dumplings, Din Tai Fung is also known for its wild chicken and herb soup, and its appetizers, such as the stir-fried greens below. My husband and I adore their pickled cucumbers. 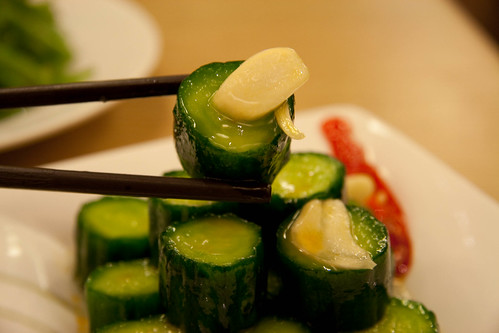 The dumplings and buns are prepared to exact specifications. The outer-skin of each dumpling is thin as tissue, weighing in at just 5 grams. Then each skin is stuffed with around fifteen grams of meat filling, and sealed along the top with exactly 18 folds. The end result is sheer art. The tiny bundles bulging with a delightful combination of flavorful soup broth and meat simply bursts with flavor.

Visitors can watch the entire process from behind glass walls in each restaurant. On any given day, one restaurant can sell over 1,000 steamers of meat-filled dumplings. This equals over 15 million steamed dumplings each year!

Din Tai Fung got its start in the late 80s, when the owner and founder, Yang Bingyi – who moved to Taiwan from Shanxi, China in the early 50s – was laid off from a cooking oil retailer called Heng Tai Fung. Yang and his wife founded their own cooking oil company, but when that failed as well, the couple resorted to making and selling steamed buns in order to make ends meet. Their steamed buns eventually became so popular that they decided to open a restaurant. Din Tai Fung was born, and today, there are several restaurants throughout Taiwan.

Over the past thirty years, the restaurant has popped up in cites all over the world, including the US, Japan, China, Singapore, Korea, and Hong Kong. There are over 42 locations in nine countries worldwide.

Din Tai Fung is a great example of Taiwanese cuisine, offering a little something for everyone at very reasonable prices. Just remember to arrive early. There is always a line-up outside any of these restaurants in Taipei and guests have been known to wait for up to an hour just to get a table!

If you liked this installment of Wanderfood Wednesdays, be sure to visit some of the other world food and travel blogs that participate in this weekly meme. Don’t forget to stop by next week for another delicious write-up! 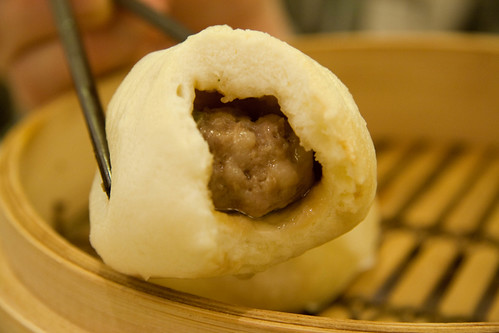