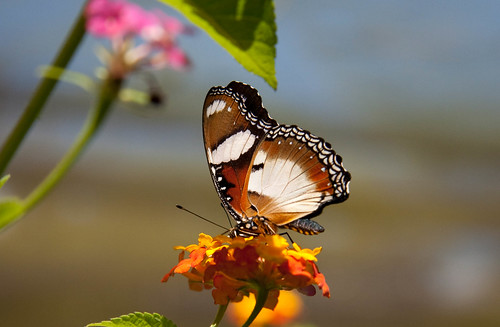 In the backyard of a tiny cottage just a twenty minute drive outside the capital city of Puerto Princesa, Palawan, lies the Palawan Butterfly Garden.

Visitors who have a little time to spare in Puerto Princesa might find a morning jaunt to view the garden’s beautiful inhabitants a nice way to spend the morning.

The garden is enclosed with a net that houses several dozen butterflies and moths that are native to Palawan and to other parts of Southeast Asia.

There are a few small pebbled walking trails and lots of flowers and shrubbery in the enclosure, and with the sunlight streaming down and butterflies dancing above your head, the whole experience is rather enchanting.

It’s true that some people might not find this garden much to look at. It is small, but it didn’t fail to delight either me or my husband. Judging from the happy smiles and delighted eyes of the school children who were finished their tour as we arrived, I’d say that they would agree with me.

The many charms and hidden gems in Puerto Princesa are often overlooked by tourists in their haste to get to Palawan’s other big draw cards, such as the Underground River in Sabang, the beaches of Honda Bay, and the numerous hiking trails within and around the city proper.

But if you do find yourself needing a day out of the sun, the butterfly garden definitely counts as a sweet way to spend 30 minutes or so, especially if you’re traveling with kids.

There are other local attractions located nearby; the drive to the garden is scenic, and chasing beautiful butterflies is more entertaining than you might think. 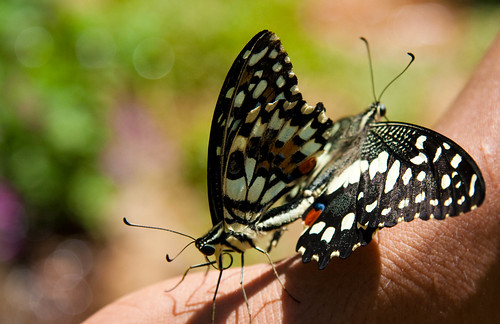