Craig Ferguson is an award-winning photographer from Australia. His work has been featured in several prominent magazines, including National Geographic, Lonely Planet and l’Espresso.

Craig specializes in Asian photography. His art showcases the beauty, essence and diversity of Asia and her people.

I discovered Craig’s photography shortly after my move to Taiwan in 2006. While Craig is artistically diverse in his photography, it’s the magic of his portrait work that captured my heart three years ago. In particular, it was his portrait of a Taiwanese Beauty that first brought me into his world of photography.

Since then, I’ve become an avid reader of his photography tutorials and have found them incredibly helpful and informative.

MSW: Hi Craig. Thanks for joining us on My Several Worlds. It’s a pleasure to feature you for our first interview. Can you tell us a little about yourself? When did you first become interested in photography?

Craig Ferguson: Thanks for the opportunity to be featured on your site, Carrie. I’ve been taking photos for as long as I can remember. I started with a Kodak 110 when I was pretty young, maybe 5 or 6. I used to take pictures of everything. I later moved onto SLR with old Yashica and Cosina manual cameras. It wasn’t until I was about 21 that I first got a camera that had auto modes. 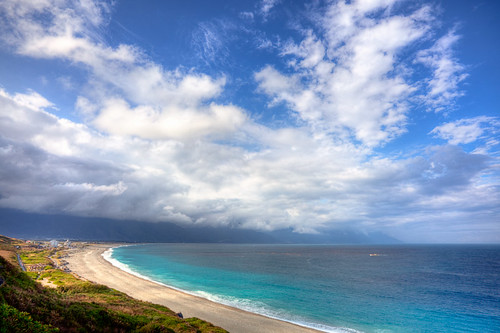 MSW: How did you get started in the business of travel photography?

Craig Ferguson: I fell into travel photography by accident. In the process of putting together a portfolio, I discovered that most of my photos fit the travel category, so that’s where I found myself. I still take travel shots, and with my love for travel I will continue to do so, however I’m trying to move away from being just a travel photographer.

I’m focusing more on commercial and conceptual images at the moment. I have a few projects in various stages of planning and shooting that are far removed from what I have shot up until now.

MSW: You’ve been living in Taiwan for several years now. What inspires your passion for this country? How have your experiences in Taiwan affected you on a personal level?

Craig Ferguson: Yeah, it’s coming up on 6 years now. Time passes quickly because it sure doesn’t feel like that long. Taiwan is a great place to live. For me, I see it as a mixture between the east and the west, which sits well with me.

It has all the “exotic” culture that we Westerners usually think of as being Asian, plus it has the modern lifestyle, and technology that make it a fully-developed country. Even after 6 years, I still find new little gems regularly; places and events that surprise and inspire me. 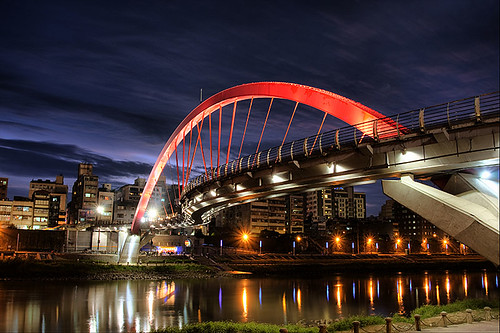 MSW: What kind of gear do you pack when you’re on the road?

Craig Ferguson: It depends. As a minimum I’ll take a lightweight kit consisting of 2 DSLR bodies, 1 wide zoom, 1 telephoto zoom and a 50mm prime, plus the assorted accessories, chargers etc. For a more complete photo trip, I’ll also have a couple of lights, some wireless triggers to fire them, a tripod, light stand, laptop etc. I have a few different bags. I take whichever one best fits everything.

MSW: What are some of your favorite photography sites?

Craig Ferguson: Are we talking about sites as in places or websites? For places, it’s hard to beat the Himalayas, and the Indian subcontinent. There is so much color, vibrancy and life to be seen. In Taiwan there are a lot of little oddities that are very cool. I’ve got a lead on a very cool place that I hope to photograph soon. 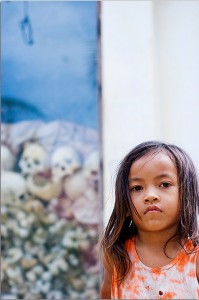 MSW: Do you have a favorite photograph from your collection? Any memorable travel moments you’d like to share with us?

Craig Ferguson: My favorite photo is one I haven’t taken yet. I can’t really say I have a favorite from my collection, because I like different ones for different reasons. I’ll let you choose some of your favorites for this interview instead.

READ:  Freudschaft-Friendship - A Concert to Celebrate 33 Years of Friendship

As for memorable moments, there have been so many. It’s hard to know where to start. To name a few: I’ve been bitten by a shark while surfing at Nias, Indonesia; seen the new year in at a psychedelic trance party in Goa, India; been invited into a private meeting with the Dalai Lama in a Thai temple; gone diving on WW2 shipwrecks; wandered through some very remote Cambodian Angkor-era temples that are a few hours travel time away from the main ones.

MSW: Which countries have you traveled to? Which one was your favorite? Which country had the biggest emotional effect on you?

I’m not sure which country was my favorite, but India probably had the biggest emotional effect. If you’ve been there you’ll know what I mean, if you haven’t been there’s no way to adequately describe it.

MSW: I really liked your Visions of Angkor story. Can you talk us through the process of shooting this story?

Craig Ferguson: I’m glad you like it. I first went to Angkor in 2002 and returned in 2006 so I had plenty of photos to use. A lot of blogs and travel sites talk about places through the writer’s feelings, so I decided to do something a little different.

Random readers probably don’t really care about every little thing I did, ate or felt, they just want to see some pretty pictures and maybe learn a little background information.

MSW: You have some incredible black and white imagery in your portfolio, especially of Tibet. Could you tell us why you decided to shoot your Tibet series in black and white?  Is there a market for this kind of photography?

Craig Ferguson: Tibet is in black and white because low-res scans don’t reproduce colors all that well in my experience. I only shot one or two rolls of black and white in Tibet – the images in that series were mostly converted in Photoshop.

The ones with the black sky are meant to give an Ansel Adams kind of look. They were all done in Photoshop. The ones which look greyer were scans from Tri-X. There is a market for this type of image, but it’s not an area I really focus on so I don’t know too much about the ins and outs of it.

MSW: What are the most important qualities that a travel photographer needs to succeed? What advice would you give to aspiring photographers?

Craig Ferguson: In terms of getting the right shot, patience is probably the biggest trait a travel photographer needs. Whether it’s sitting in the cold waiting for the sun to rise over a distant mountain, or getting stuck in a dusty, smelly train station in rural India waiting for a train that’s running 12 hours late, patience is the key.

For success in the sense of making a living, business and marketing skills are a lot more important than photography skills.

It doesn’t matter how good your photos are. If you can’t market them and sell them, you won’t make any money. On the other hand, someone who takes average photos but is a whizz at marketing will probably do well for themselves.