Verdant green valleys and mountains were the first thing I noticed on our first morning in Xieng Khuang Province.  The numerous bomb craters dotting the land were a close second. Traveling through this northern province of Laos, it was easy to see how it was utterly devastated by the Vietnam War. Between 1964 and 1973, almost every village and town in the province was decimated, including the original capital city of of Xieng Khuang. 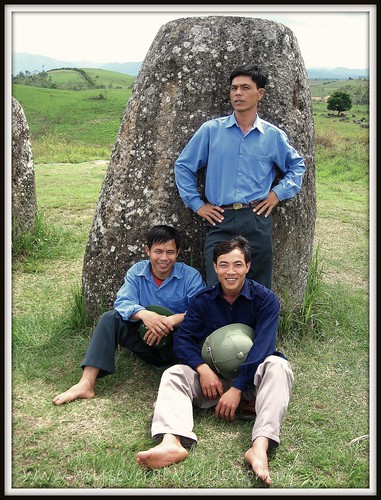 The capital was moved to the town of Ponsavon after 1975, but the bare, dusty roads of this town hardly seem fit for a capital city and seem more appropriate in a Wild West movie.  There’s nothing in town that holds any interest. There are a few markets, a bank and several hotels and guesthouses.  Its biggest drawcard is the enigmatic Plain of Jars.

The rolling green meadows lying just outside of town are home to hundreds of giant stone jars of various shapes and sizes, apparently carved from solid boulders.  There are three sites. Site 1 is the biggest and it boasts 250 jars weighing between 600kg and a tonne each. The largest jar weighs over six tonnes.  Sites 2 and 3 are also quite picturesque. There is a even a large cave in the area which was used by the locals as a bomb shelter during the war. Local families would hide out in the cave and wait for the planes to stop flying over their heads. 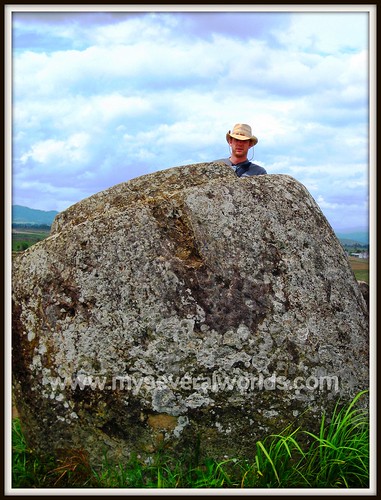 There are several stories surrounding the origins of these magnificent artifacts of history.  One legend tells of a race of giants who inhabited the area 1500 to 2000 years ago, and were ruled by a king by the name of Khun Cheung. Supposedly, the king had the jars created to brew wine. Archaelogists also speculate that the jars could have been used for food storage or sarcophagi. It has also been suggested that the jars were used to collect water during monsoon season for caravan travelers passing through the area. There is still no firm explanation as to what purpose these jars served.

This amazing archaelogical site has remained one of the most dangerous in the world because it is studded with unexploded bombs. Further studies have been slow to progress because of this. The peaceful hills of these fields don’t speak of the dangers laying beneath the soil.  Efforts are being made to rid the area of these bombs and walking trails are clearly marked by white stone bricks.  These meter-wide pathways have been cleared of bombs by bomb-removal squads.  The element of danger that surrounds these myseterious sites lends an unexpected thrill. One can’t help but ponder over how these jars have withstood the test of time and the ravages of war. 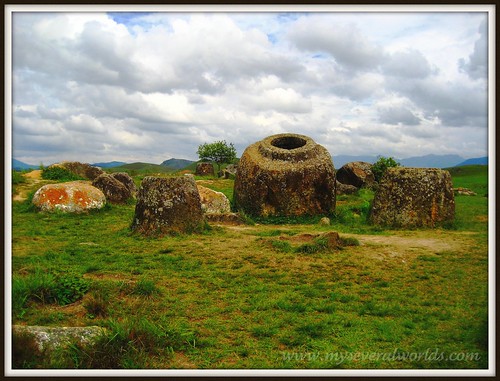 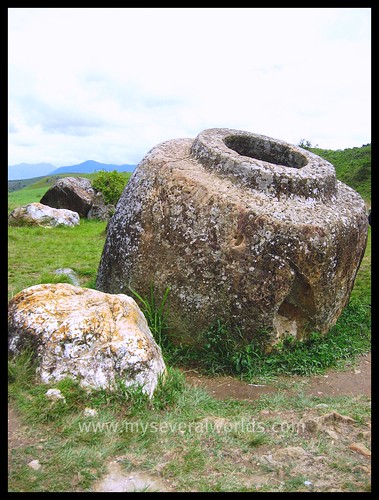 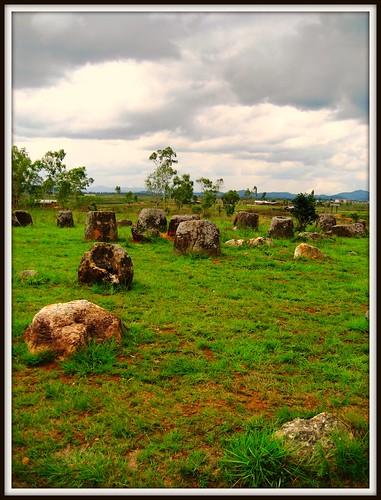 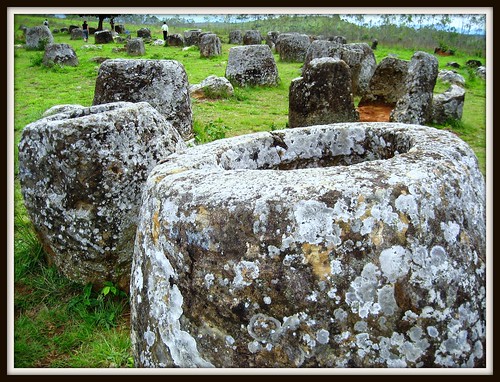 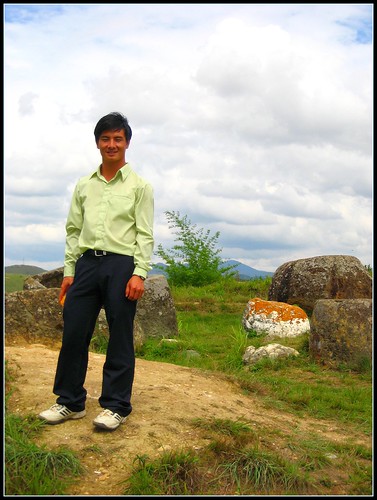 Lao Mythology: The Myth of the Toad King

The Myth of the Toad King Bang Fai, otherwise known as the Rocket Festival, is celebrated every year in northeast Thailand and Laos....

The Bang Fai were being launched just as we arrived in Vang Vieng at the beginning of the rainy season in the sixth lunar month of the...

The Golden Stupa (Pha That Luang Temple) in Vientiane is the most magnificent stupa in Laos and also one of the most recognizable. The...

Note to oneself: Cave-exploring in Laos has its benefits. We stumbled upon this crystal-clear fresh-water pool while wandering around...

Photo Moment: Off the Beaten Path in Laos

This is what traveling is all about.  A hiking expedition in Northern Laos brings us to a small mountain village situated along a...