Before and After Photos of Typhoon Sinlaku in Banciao

Banciao on a sunny day in Taiwan is beautiful.  This is what we normally see outside our windows every day.  I snapped this first photo to give you an idea of the amount of water we had dumped on us last weekend.  It’s been a week since the fury of Typhoon Sinlaku swept through Taiwan, causing millions of dollars in damage and putting thousands of people in harm’s way.

The tidal river that runs behind our home (Dahan River) swelled and doubled its size within 12 hours.  The recently landscaped recreation park running along the river was submerged in water.  You can clearly see the tops of the trees floating just above the surface of the water.  I am amazed that they made it through the storm. The riverside road that runs along the opposite side of the river in Xinzhuang was washed out completely.  The roads were shut down early on Saturday morning when the storm hit and only opened up again for traffic a few days ago.

NOTE:  I apologize for the poor quality of these photos.  I took them from our window.  The wind was blowing so hard we couldn’t get the windows open all the way.   All of these photos, including the comparison shots, were taken at the same time of day to give you an idea of how dark the skies were.  These were taken around 1:30pm. 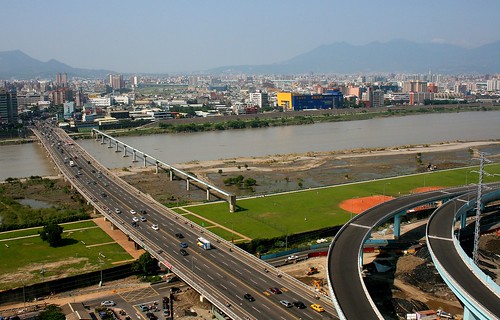 A normal, sunny early afternoon in Banciao.  This was taken a week after Sinlaku hit.  As you can see, the riverpark doesn’t look like it has sustained much damage, although it’s taking a while to dry out. 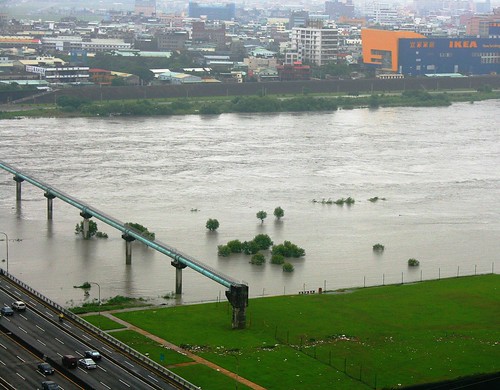 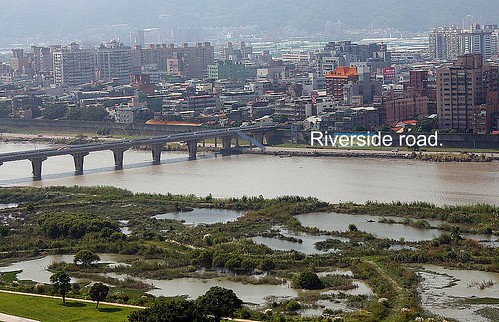 Here’s a terrible shot of the riverside road after the storm. 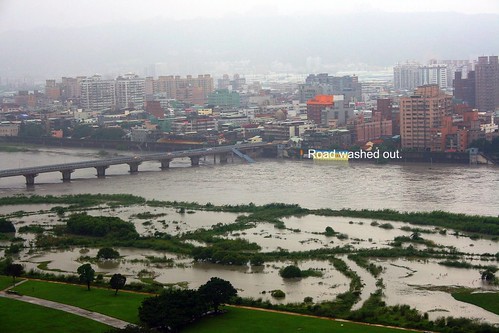 During the storm, the road was washed out completely and the stairs leading up to the bridge were submerged in several feet of water. 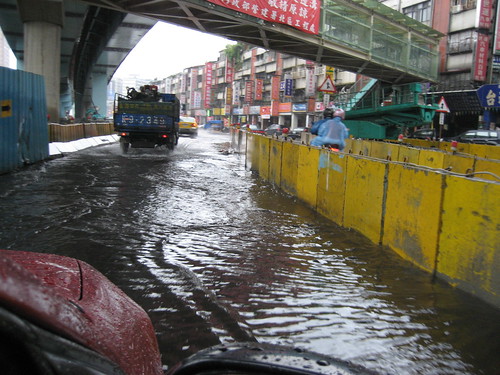 When John and I finally ventured out of our apartment late on Sunday afternoon, the main streets were flooded. We had a terrible time trying to get to the store.  Notice that some of the locals seemed oblivious.  People were out and about on the scooters in the heavy rain and wind.  After all, they’ve lived with this kind of weather al their lives.  Our hearts go out to the people in Taiwan who lost homes and loved ones.  At last count, the death toll had risen to five and over twenty people are missing.