Come To My Window 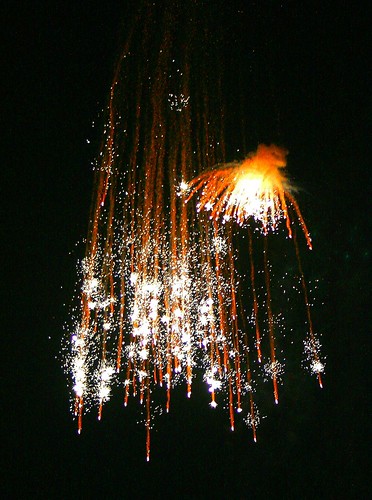 This one is my personal favorite from last night.

John and I are rarely home on weekends for very long.  This one was an exception.  I was hoping to go to Hukou to see my friend, The New Hampshire Bushman, but I’m still feeling weak from my ordeal.  I thought it was going to be a super boring weekend indoors, and I’ve been feeling quite poorly because I have a brand-new camera and haven’t been able to put it to much use.

As luck would have it, yesterday we were treated to some sort of festival that began at 10am right outside our building and lasted late into the night.  I wasn’t feeling up to going down and mingling with the crowds below, but we had a birds-eye view from our apartment on the 24th floor.  We watched a full-day procession parade by all day and as soon as it grew dark, we were treated to a fantastic display of fireworks right outside our window. 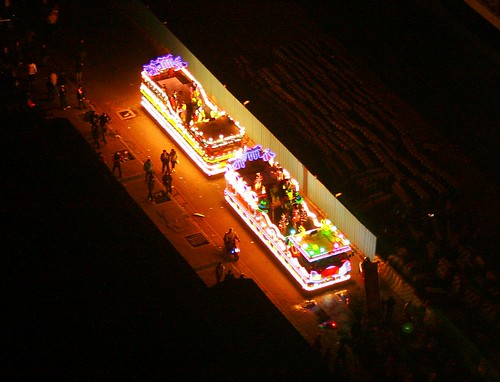 I used the lens (18-55m) that came with the kit and I’m impressed that it turned out as well as it did from the 24th floor. 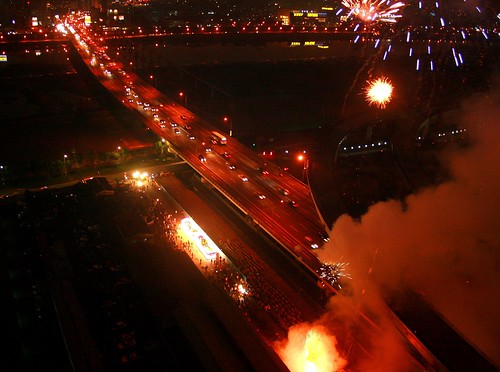 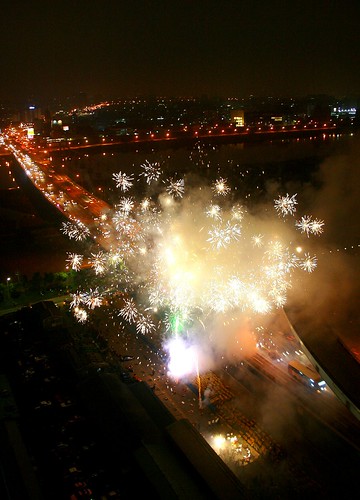 This is the Daan bridge going to Xinzhuang City. 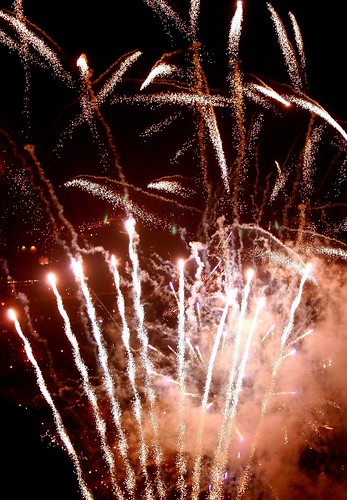 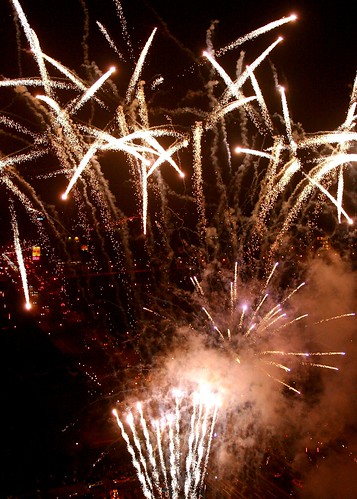 14 thoughts on “Come To My Window”