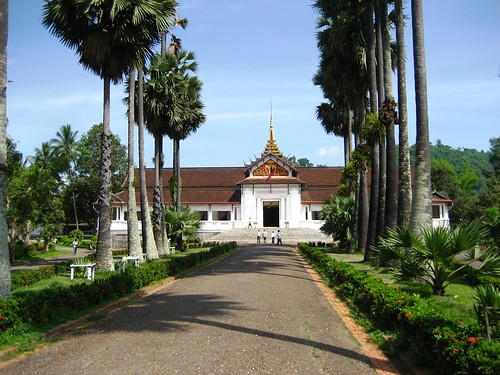 The Royal Palace Museum of Luang Prabang is set back off the main street of Sisavang Wong, directly across from Phu Si Hill. Its tall, swaying palm trees and elegant rooftop dominate the skyline. It’s a beautiful museum to visit, especially if you’re trying to avoid the heat of the day and glean information about local history.

Otherwise known as The Golden Hall or Haw Kham, the Royal Palace Museum was built in 1904. We really enjoyed wandering around this beautiful museum and were especially intrigued to learn that the palace was specifically built on this site to allow visitors traveling by way of the Mekong River to gain entry to the palace upon arrival.

The palace museum contains royal religious artifacts and a collection of prized artwork. There’s also an interesting collection of diplomatic artifacts, such as paintings, silver and china, which were given as gifts to the monarchy by the heads of state.

Other interesting objects of note are the wall murals depicting everyday life, silk screens made by the queen, musical instruments, masks, royal vestaments and the king’s elephant chair; engraved elephant tusks and an amazing collection of Buddha images.

Be sure to dress appropriately . Visitors who aren’t dressed properly won’t be granted admittance. 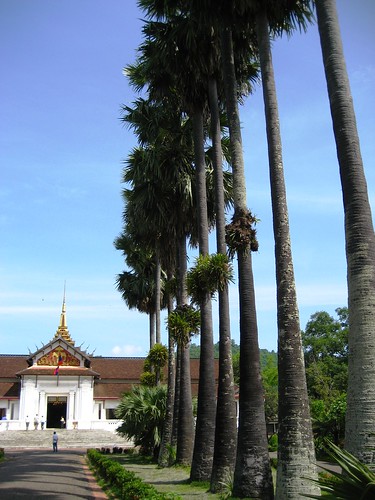 9 thoughts on “The Royal Palace Museum of Luang Prabang, Laos”