The National Palace Museum of Cambodia 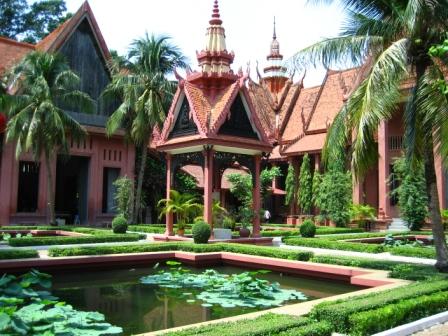 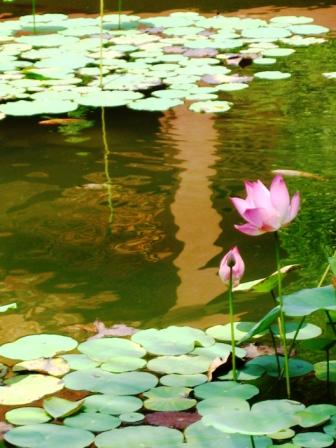 The National Palace Museum is a short walk from The Grand Palace just off Sithowath Quay in Phnom Penh, Cambodia. The terracotta roofed museum is fashioned in a traditional Cambodian design and was built between 1917 and 1920. I particularly enjoyed spending time between exhibits in the garden courtyard of the complex.

I was a bit surprised by the lack of security in the museum. Most of the displays were set out in the open. There weren’t any visible alarm systems and a few guards wandered around aimlessly. A select few of the numerous sandstone statues and carvings dating from Angkorian and pre-Angkorian eras were encased in secure cases, but most were set out on tables for viewing.

Despite the lack of security precautions in place, the museum houses some spectacular pieces, many of which echo the carvings and statues seen at the temples in and around Angkor Wat.

How To Get There

This guest blog is by Ava Apollo. When she's not writing for MSW, she's blogging about adventure travel at bemytravelmuse.com, with a...

Passports with Purpose Fundraiser: Help Build a School in Cambodia

Christmas is a season for giving and you can make a difference today! Travel bloggers around the world are hosting giveaways in support...