A Taiwanese Christmas Story To Remember

Holidays are a busy time for everyone and that’s why I’m posting these pictures from our school Christmas show a little late. To be honest, I dumped them into the wrong file on my computer and forgot where I put them.

The school rented hundreds of costume for all the students who participated. Some of the costumes were quite appropriate. We had angels, elves and Santa’s everywhere. We also had an odd assortment of Easter bunnies and other wild animals. One of our junior high classes dressed up like priests and nuns. We had an ensemble from Arabian night as well. The kids looked great though, and they had an amazing time. 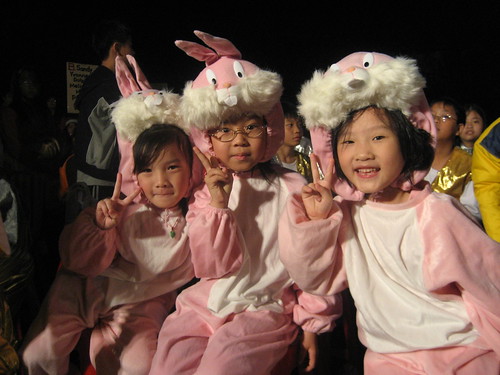 The show kicked off at 6:30 at a nearby park in Shu-lin. Both schools participated, and the turnout was huge. Hundreds of people gathered in the park and the large crowd quickly drew in cotton candy, sausage and drink vendors.

I wasn’t able to take a lot of pictures because Queenie and I hosted the show. Our boss thought it would be funny to get one of the students on stage halfway through the show to have a chat in English and she wanted me to translate everything into Chinese for the audience. I told a few jokes and recited a Christmas story to the delight of parents and students. 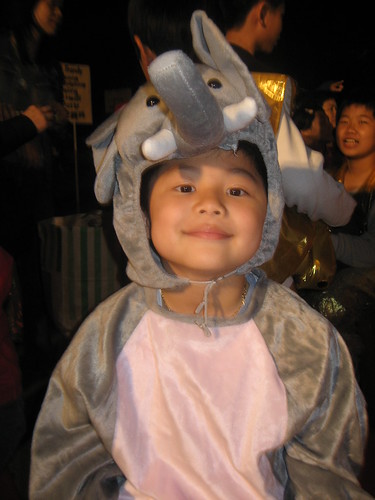 Little Jeffery didn’t like his picture taken with the elephant hoodie on and insisted I take another ‘proper’ photo. I’ve noticed that most people here have very definite ideas of how they want to look in photos. They don’t like unique posturing or posing and they definitely don’t like candid photos or photos they are unprepared for. 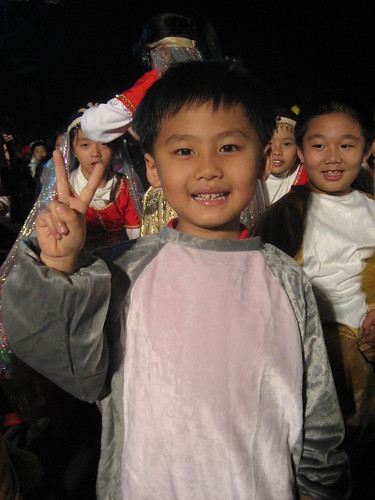 It was a lovely way to spend the evening and I’m really proud of all the students and teachers who obviously worked very very hard on their performances to entertain everyone for the evening. 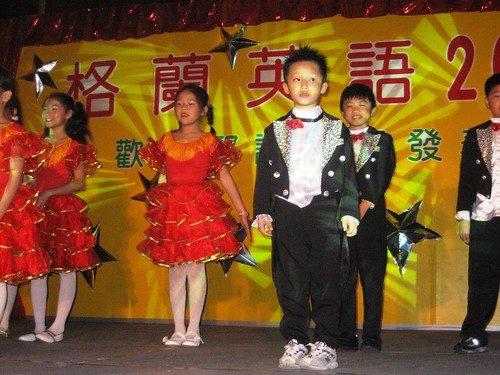 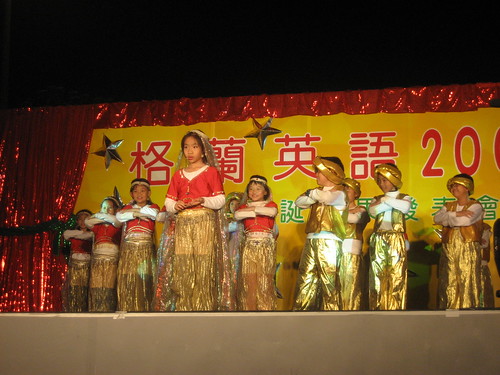 Our Arabian Nights class looked terrific and sounded even better.

5 thoughts on “A Taiwanese Christmas Story To Remember”