To Luang Prabang, With Love 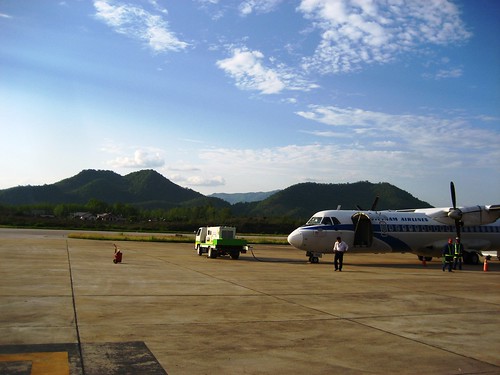 Our plane set down deep in the northern mountains of Laos in the tiny village of Luang Prabang on a late April afternoon with less than a dozen passengers on board. From my seat, the airport looked a bit like an old-fashioned American general store. I marveled at our pilot’s aptitude at landing on the tiny tarmac.

I waited anxiously for the air stewardess to open the door. I had been waiting for this first glimpse of Laos since my friend, Kevin, returned to Canada with glowing descriptions of this beautiful country. This journey has been almost ten years in the making. I could hardly stand waiting a moment longer.

The doors opened and we clambered down a metal staircase with packs in tow, gazing around at the lush greenness of it all. The sun was starting a slow descent across the sky. I paused to snap a few photos. I didn’t want to forget one single moment of this momentous journey. 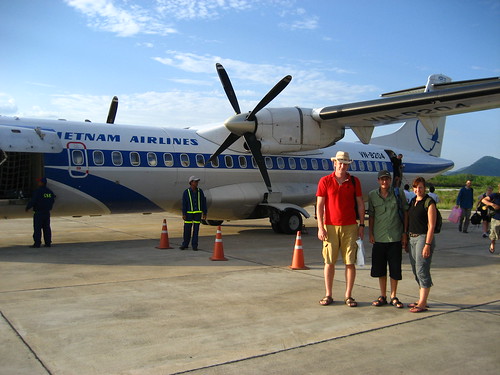 We managed to haggle for a tuk-tuk to take us into the town of Luang Prabang. The red dust on the road kicked up a fuss as our driver navigated the twists and turns leading into town. I hung my head out the back while keeping a firm grip on the handrail and my pack. Any bump or pothole would send me flying out the back end. 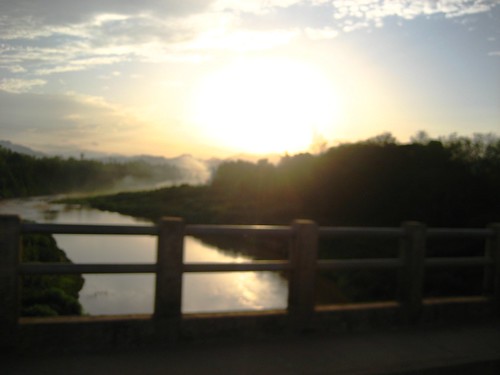 I managed to snap a photo of a picturesque river winding lazily through the hills. The quality of the photo is poor, but I still love the way it turned out. This hazy, dream-like world portrayed in the photo is how I see Laos. Surreal. Mysterious. Prodigious. 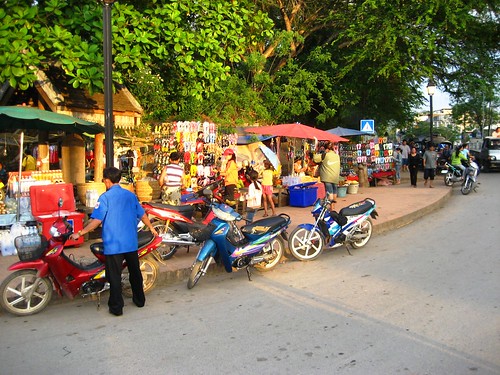 The last fingers of light were stretched out in long shadows dusting the world with an incandescent glow that means the witching hour is upon us. Our driver let us off on the main street in the midst of vendors setting up for a night bazaar. Lights were twinkling merrily as locals laid out their wares and settled in for a long night of bartering. We tip-toed through quickly, our eyes gorging on everything all at once, only stopping briefly to inquire about vacancies.

It was late in the day and by some unwritten traveler’s rule, none of us had had the foresight to call ahead and make reservations for the night. An hour later, we were still moving from place to place and we were starting to get a little uneasy. There weren’t any vacancies to be found in this sleepy little village. I briefly wondered if we’d be sleeping outside for the night. We decided to split up to cover both ends of the village.

As luck would have it, after another half hour of searching, we were firmly ensconced in our cheapest rooms of the journey. We were truly busting the seams of our wallets at $8 a night. The rooms were spacious and clean. We had hot water. We had a place to lay our heads. Within the hour we were changed, refreshed and washing our first Laotian meal down with cold Beer Lao. Several card games later, we headed out into the warm tropical air to enjoy an evening stroll through the night market before heading to bed. 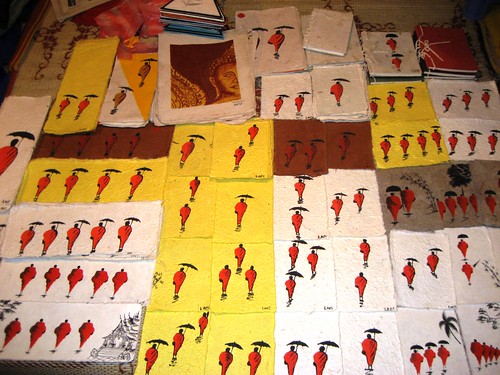 People ask me all the time for travel advice. Whether it's helping to plan a trip for a family member or friend, talking about expat...

6 thoughts on “To Luang Prabang, With Love”