Well, you’ve all been asking for it. Here’s the final series of cultural icons from Yang Liu. These icons were designed to reflect the differences throughout Western and Eastern cultures. Yang Liu was born in Beijing, China and later moved to Germany to further her education. Her work was recently showcased at the German Ministry of Foreign Affairs.

This was a three part series.

Part One includes: Anger, Making Contacts, Definition of Beauty, Elderly in Day-to-Day Life, In the Restaurant, Me, Handling of Problems

Part Two includes: Queue When Waiting, Shower Timing, Sundays on the Road, The Child, and Party 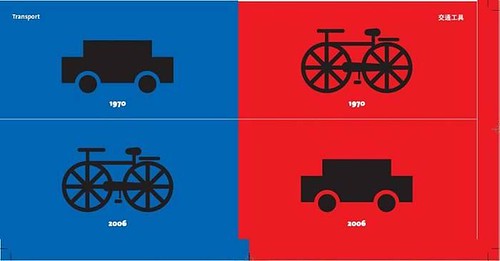 Loads of people back home are going green and finding alternate routes to work that involve less harm for the environment, when the weather permits that is. Over in Asia, people have used bicycles as a primary means of transportation for ages and are quickly making the switch to motor vehicles. 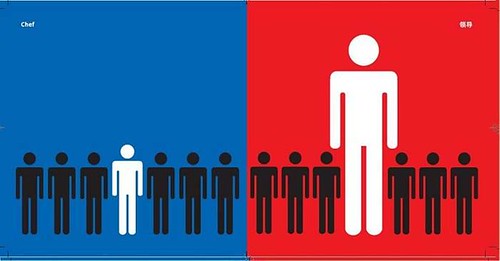 The boss is God in Asia. 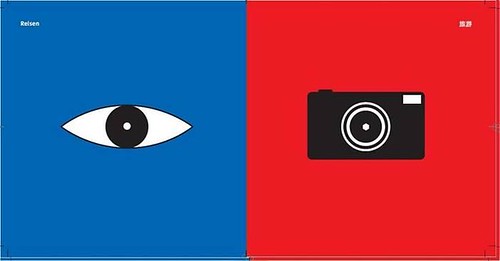 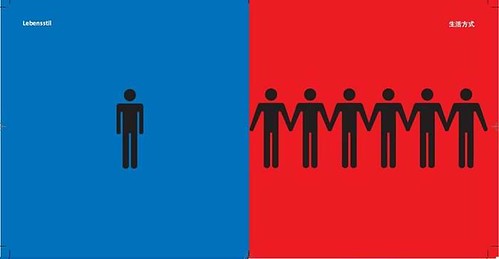 Westerners assert a lot more independence than Easterners. I think sometimes this point is best reflected while traveling. Westerners will travel solo or in small groups. Most Asians travel in large groups. 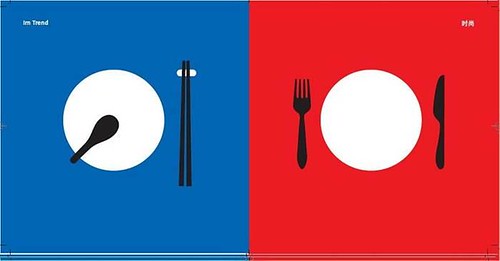