Yang Liu is a graphic designer who has won several prestigious international awards for her work.

These icons illustrate the differences between Eastern and Western cultures (Germany and China). They are from a special exhibition at the German Ministry of Foreign Affairs in May and June of 2007.

Please visit her website to view her work. I think she’s brilliant!

Note: Please remember the following commentary express my own opinions and do not represent the views of the artist. 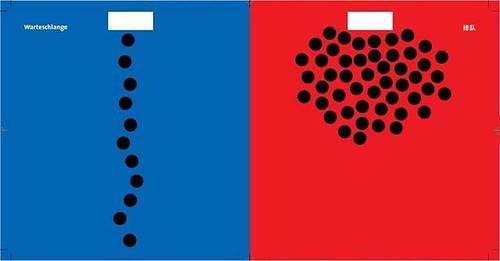 Most foreigners are a bit overwhelmed by the pushing and shoving that occurs in Chinese banks, train stations, bus stops, elevators and pretty much everywhere else you can think of. Last February, Beijing decided to clean up their act and announced a National Queue-Up Day once a month in an effort to get people to be more ‘well-mannered’ for the Beijing Olympics. 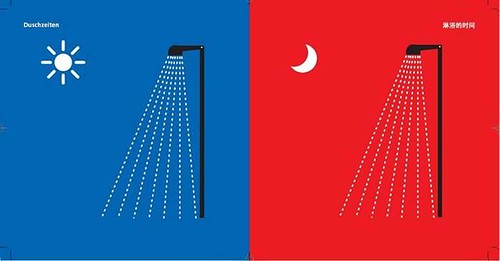 Take a look at The Filthy Foreigner Flaw over at Sinosplice for a beautiful explanation of this one.

Sundays on the Road 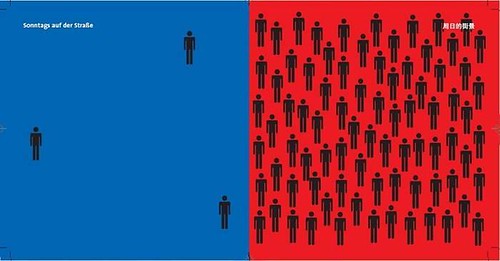 I didn’t realise how quiet Sundays are in Canada until I found myself downtown in the Byward Market on a Sunday afternoon. I was home for the first time in over a year and I remember being really freaked out. No cars. No pedestrians. It was quiet and tranquil. Then I thought of a typical Sunday afternoon in China and marveled at the differences. Very rarely did I ever find a place for myself on the weekend in China. If it was privacy I was looking for, I stayed within my own four walls. 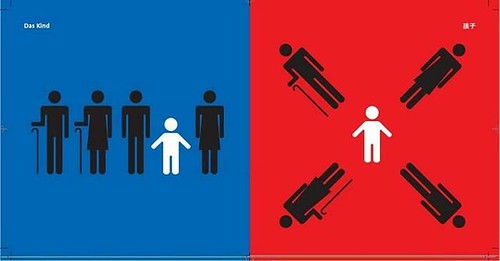 Family relationships in the East and West are very different. In the West, children are raised primarily by the parents, with grandparents playing less of a role in day-to-day life. In the East, both parents and grandparents are actively involved in raising children. 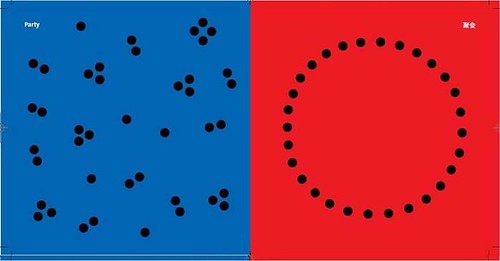 If you’ve ever been to a dance club in Asia, you’ll find that many Asian friends like to dance in small circles, whereas Westerners tend to break off into groups of two and three.