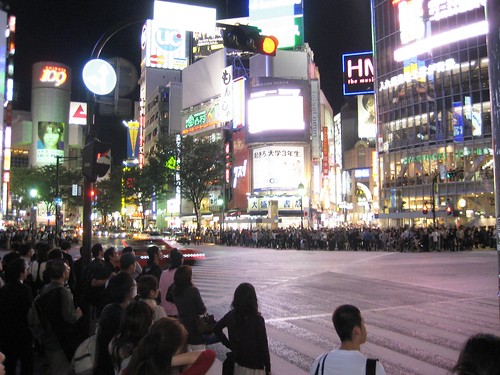 Tokyo’s busiest station is called Shibuya. I like the sound of it. Whenever I think of Shibuya, I think of “Shazam!” Bolts of electric light in Shibuya’s on-going onslaught of ad campaigns have the magical ability to transport you into the future, just like the bolts of lightening in Captain Marvel comic books transform the young Billy Batson into an adult superhero. 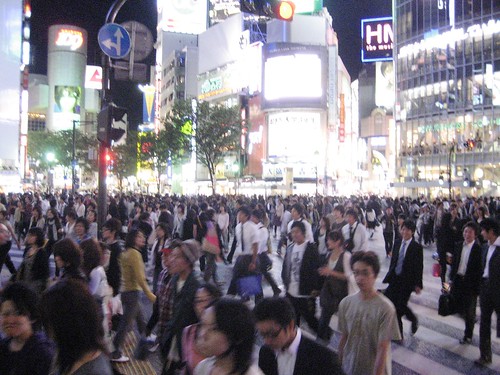 Transformation is complete once you get anywhere within the vicinity of this super space-age, futuristic way station located deep in the heart Tokyo City, Japan. It’s like stepping into an alternate world. You can’t help feeling the pulse and deep rhythms of humanity as you are swept along in the tide of people.