The Prince and The Princess Live Happily Ever After 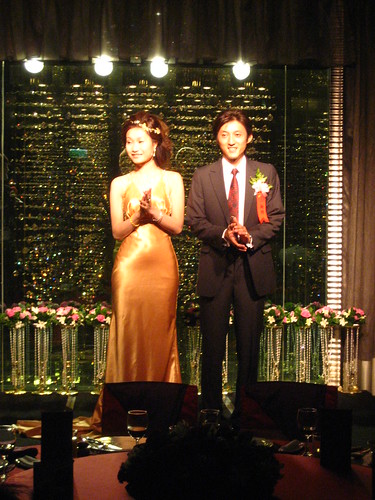 Our very good friends, Jerry Liu and Queenie Chen, were married on Saturday, October 27th, 2007. We are honored to have been included in their special day. 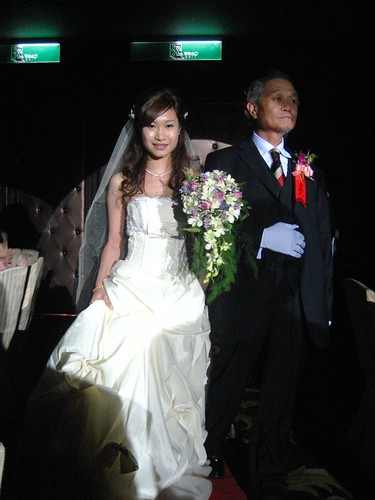 Queenie with her father.

Jerry proposed to Queenie shortly before we left at the end of March 2007. Since then, they’ve been swamped with wedding details and still managed to find time to spend with us. 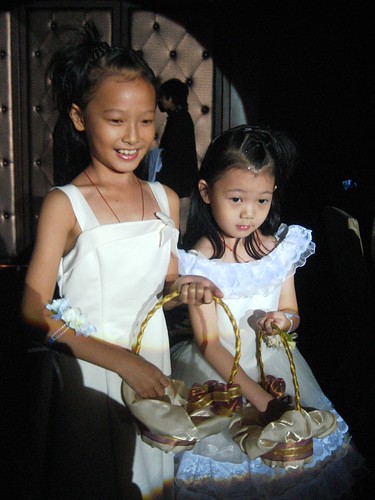 Their wedding was about as close to a fairy tale as you can get. It was, by far, the most decadent wedding I’ve been to in Asia. We enjoyed a ten course meal, which was served at a leisurely pace throughout the evening. Everyone from our school attended, even the teachers who left over a year and a half ago.

The tiniest details had been meticulously planned out. There were hearts, teddy bears, flowers for the ladies, special gifts for special friends and lots of silly games and speeches to keep everyone entertained. I really enjoyed Jerry’s slideshow, which nearly made me cry. I hadn’t seen pictures of either of them as children and it was wonderful to realize how many special moments we’ve shared with them along the way.

She really is a princess.

We spend a lot of time with Jerry and Queenie. In addition to being our first and foremost ‘double date’ partners, Queenie and Jerry have proved to be wonderful travel partners. They’re always up for anything. We’ve traveled to Green Island and Kenting with them; there have been family bbq’s and outings to Sansia, Danshui, and Hsinchu. Movies, dinners, shopping, the batting cages in Neihu and countless other excursions and forays with Queenie and Jerry have really helped us to have a better feel for Taiwan. They are our closest friends in Taiwan.

READ:  Self-Realizations from Living Abroad: I Can Eat Anything 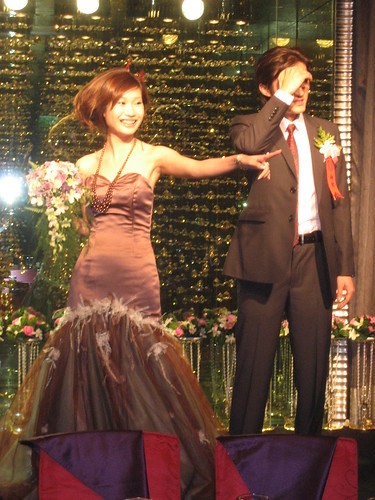 Having fun with the guests. 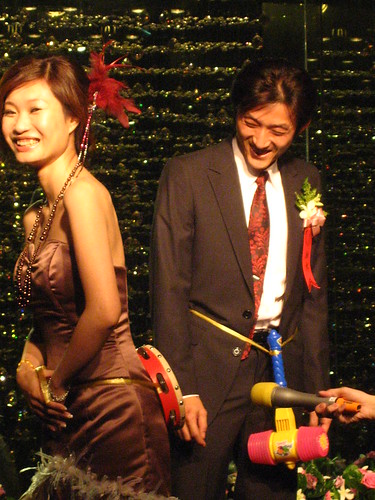 Actually, this game was secretly planned by some of our co-workers. Jerry had to hit the tambourine on Queenie’s behind with…well, you get the drift. 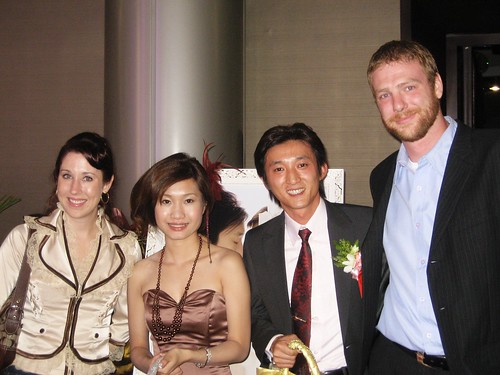 Me, Queenie, Jerry and John.

David and Catherine. David also wrote about the wedding. You can view his thoughts and photos here.

John knows the way to a girl’s heart. Oochie, cootchy, coo-ing with one of the younger guests. Oscar was fascinated with John’s beard and mustache. I don’t think he’s ever seen one before. 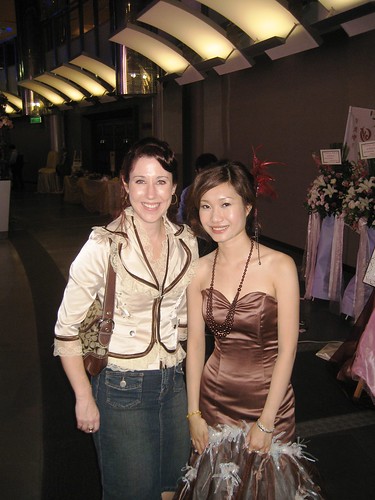 John and I were honored to be included in your special day. We love you and hope there are many many more special days ahead. 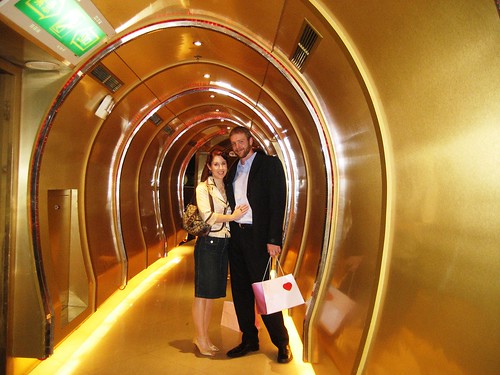