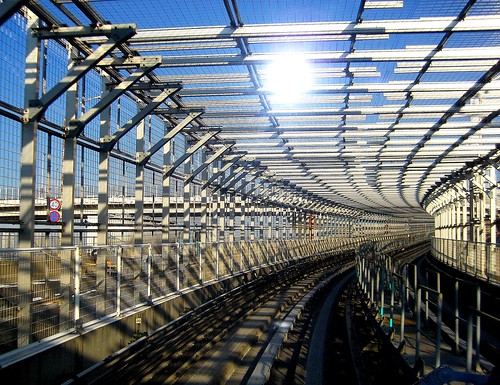 On our way to Toyko Bay via monorail.

Whew!  It’s beginning to feel a lot like Christmas.  Usually our busiest month of the year is December, but this month takes the cake!  Our trip to Japan feels like a dream.  It’s hard to believe we got back two weeks ago.  I’ve barely had time to post, as the last two weekends since our return have been jam-packed with a super fun blogger meet-up, a very special wedding and the return of John’s newly re-vamped motorcycle, which looks amazing and was begging to be taken out for a long drive yesterday….which is exactly what we did!  We are making the most of the amazing weather.  This is my favorite time of year in Taiwan. 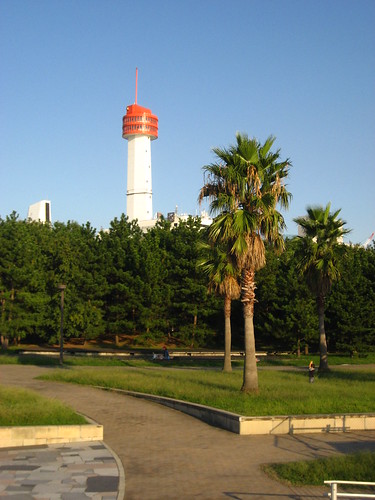 Our first day in Tokyo with Beka and Christian was awesome.  One of the things I love about visiting friends is having the opportunity to get a bit more off the beaten track in terms of sightseeing.  It would have been easy for them to take us to all the major sights, but we asked them to surprise us with some of their favorite places and we were rewarded with a killer weekend full of action and fun.

We managed to time our arrival in Roppongi Hills perfectly.  We boarded the train from Narita airport and switched to the subway once we got into Tokyo.  We had just arrived at the Grand Hyatt Roppongi when Christian and Beka showed up.  We rushed home to drop our things off and then headed out for a terrific meal, some light entertainment and a stroll around Roppongi Hills before heading home.  We had to get an early jump on the next day as Christian had arranged to take us to the Tsujiki Fish Market. 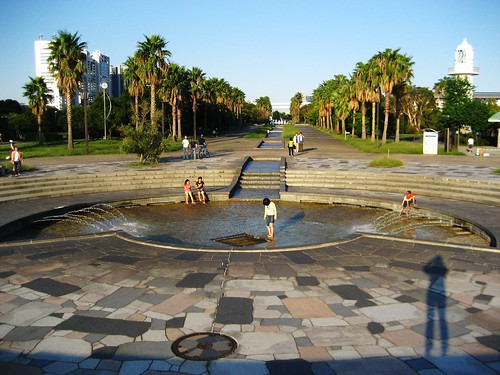 After our visit to the fish market, we made our way to Tokyo Bay for the afternoon.  It’s a gorgeous area, with lots of green grass and a lovely promenade to stroll along and people watch.  We must have thought of a thousand things to do over the weekend, but our afternoon in Tokyo Bay was one of my favorite outings.  Sunset is my absolute favorite time to be out and about.  I could barely wrench myself away from the water, even though I knew I was holding everyone else up. 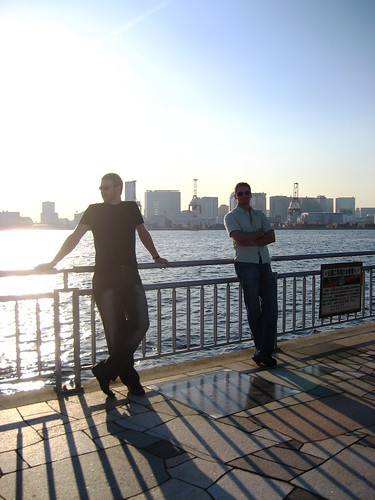 The guys looked pretty cool while they were waiting. 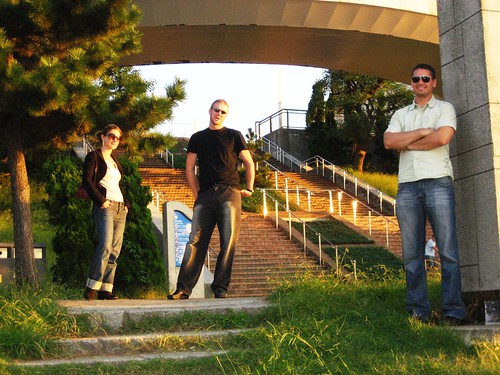 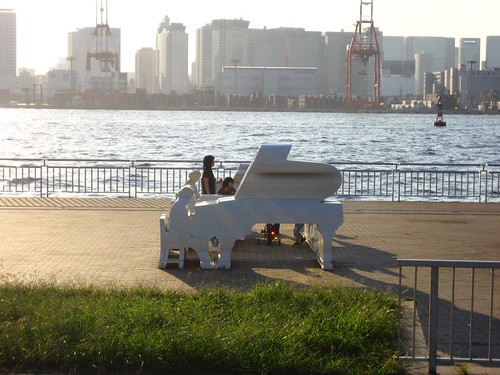 While I ran around in delight…who wouldn’t want to stop and play the piano on the promenade? 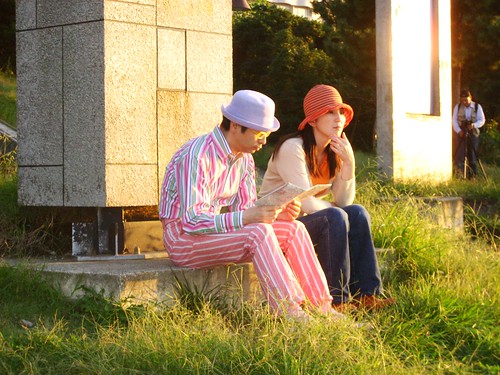 Ahem.  Toyko fashion at its finest?  Or at its very worst? 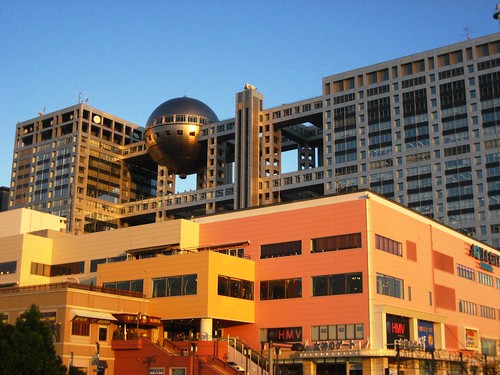 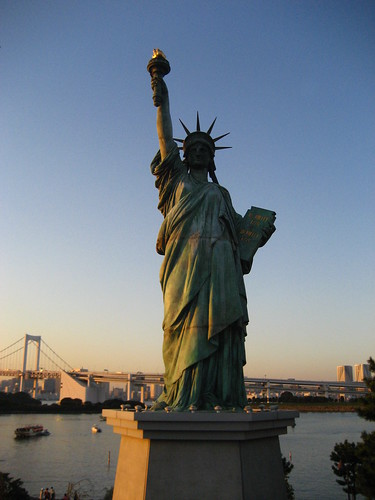 Look familiar?  I could’ve sworn we were back home for a few minutes.  This replica of the Statue of Liberty is located right in front of the Rainbow Bridge. 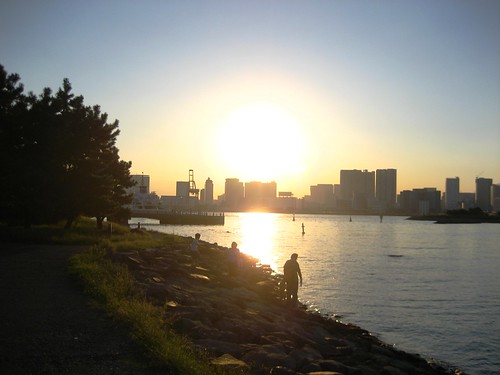 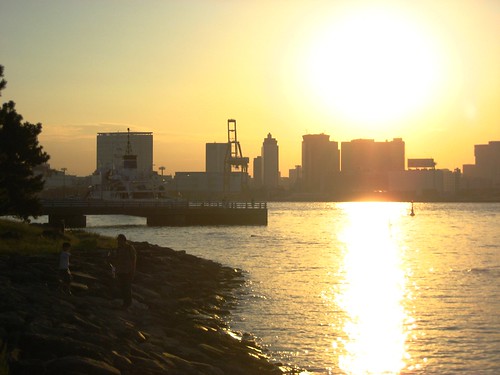 4 thoughts on “Sunset On Tokyo Bay”