Icons For Understanding Eastern and Western Cultures – PART ONE

If you liked part one of this series, feel free to take a peek at the other two.

NOTE: They were created by Yang Liu, who was born in China and educated in Germany.

Please remember the commentary I provide are my own personal observations. 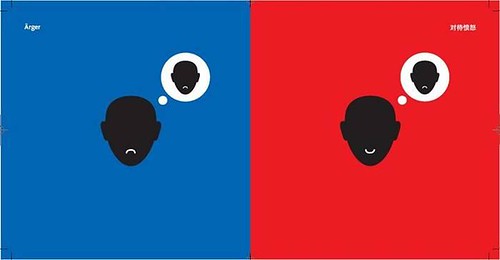 When Westerners are unhappy, our emotions can be easily perceived through body language, facial expression and tone.

In Asia, it’s a little more difficult to tell how someone is feeling. Think about how often you hear what you think are two people arguing when in reality, they are just chatting loudly. In Western societies, we equate loud voices with anger and confrontation.

I’m sure many of us can relate to being angry at a given situation and having a Chinese boss smile and smile and smile as you rage on like a lunatic. The benefit of dealing with situations like these is learning how to react to stressful situations with less of an emotional outburst. 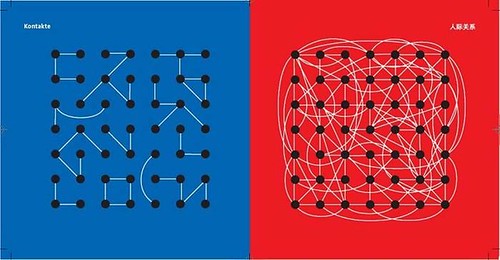 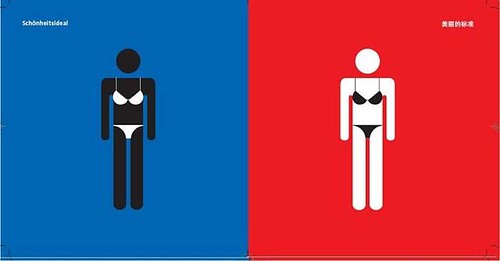 In Asia, most beauty products contain some sort of whitening agent for the skin. Women are obsessed with covering up. They wear hats, carry umbrellas on hot days and wear long sleeves to the beach. Most of my Chinese girlfriends wouldn’t be caught dead in the blistering hot sun at the beach.

In North America, many skin products are designed to produce a beautiful, golden tan. Think self-tanning lotions, bronzers and tinted moisterizers or hours and hours of sunbathing. 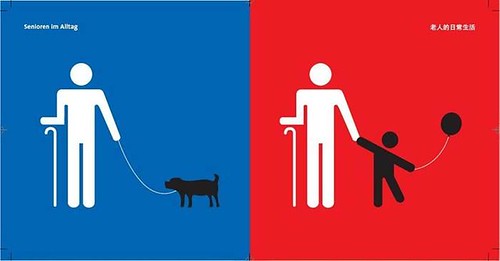 The first thing that struck me as different when I moved to China were the number of seniors I’d see on the streets with young children. I thought it was really special to see Grandma and Grandpa out with the young ‘uns for the day. I still think it’s terrific.

Seniors in Eastern societies remain an integral part of the family. While sons and daughters are off making a living, Grandma and Grandpa stay at home to raise the grandchildren.

The role of a grandparent in North America is just as important, but an emphasis on independence also plays a major part in how seniors live their lives. The majority of seniors in Western societies are often on their own by their own choice. It’s uncommon to hear of parents living with their children. 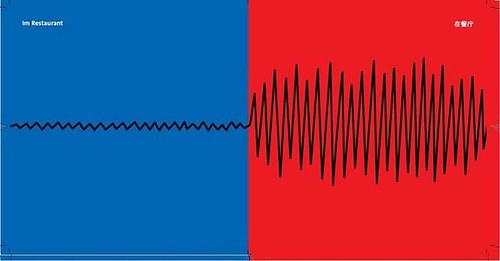 Anyone who has ever been in a restaurant in Asia will surely chuckle at this one. 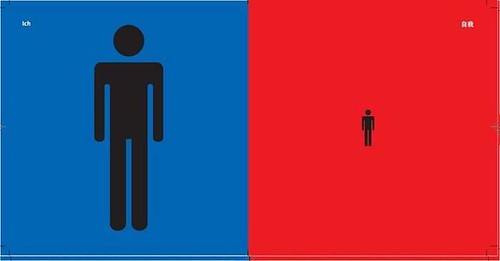 Westerners think in terms of me, me, me. Most Asians think of themselves as part of a larger sum. 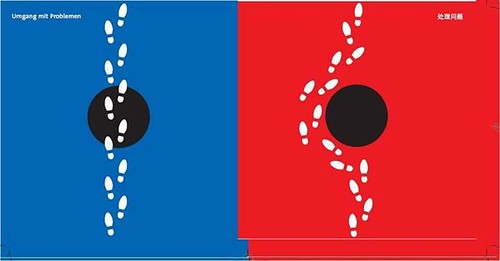 No doubt this one frustrates all Westerners living in Asia. I’m sure we frustrate Asians to no end with our own problem solving techniques.