What Your Tuna Goes Through 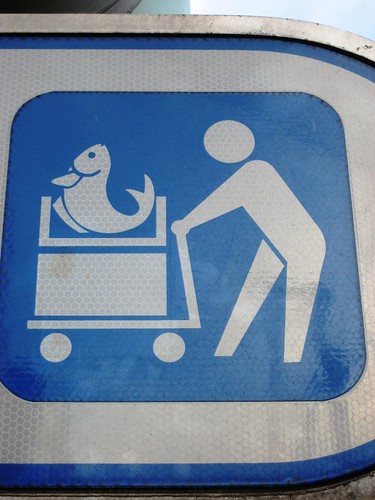 Tsujiki Fish Market in Tokyo opens early. This is the place to come if you want to see all kinds of sea dwelling creatures before they end up on your plate as sashimi at the end of the day.

5:30 am comes awfully early when you’re trying to get in the mood to spend time wandering amongst fish carcesses, slimey floors and Japanese fisherman. My stomach was instantly ill at ease from the odor of oil and fish in the air. It continued to protest as I worked my way through the slime covered floors littered with discarded fish parts and organs. 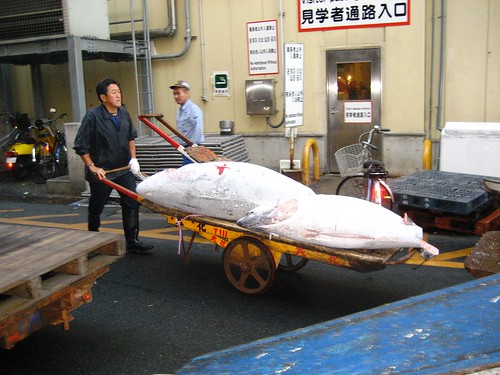 Frozen tuna are unloaded from the boats and transported by cart to giant warehouses to be auctioned off.

Nevertheless, it’s fascinating and now I understand why the guidebooks claim that Tsukjiki Fish Market shouldn’t be missed. Visitors are allowed to wander around the wholesalers’ stalls, which sell directly to restaurants, stores and other buyers. It’s best to get there before 8am to see the giant tuna as they are auctioned off. 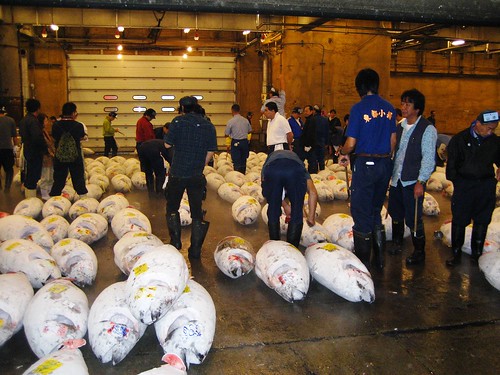 I couldn’t help feeling bad for these giant fish, and despite seeing where my tuna comes from, it has’t persuaded me to stop enjoying sushi.. Although there were several restaurants in the area offering the freshest sashimi of the day, I make it a rule not to eat raw fish before lunch. 8am is way to early to be eating raw fish on an empty stomach! 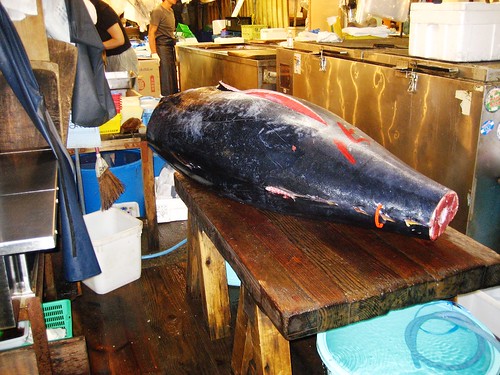 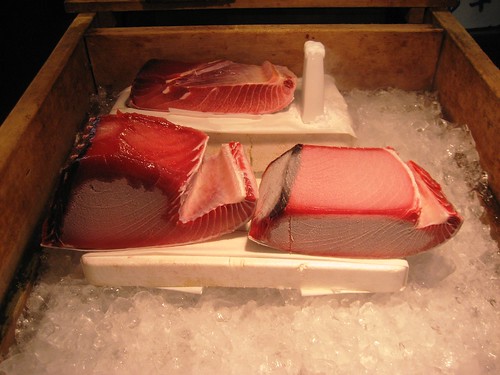 The freshest tuna sashimi of the day. 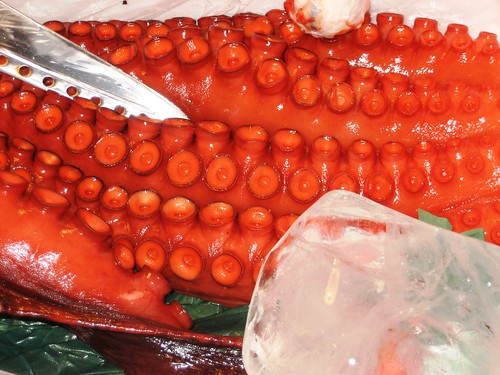 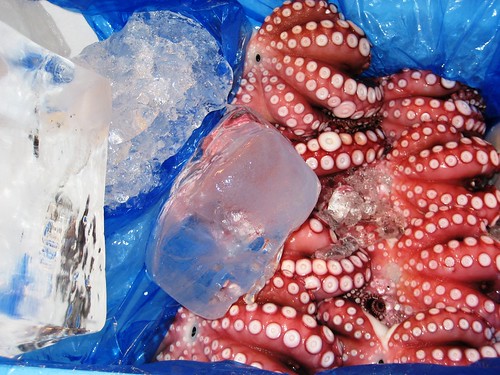 8 thoughts on “What Your Tuna Goes Through”