Several months ago, I wrote about my journey to Mount Chang Bai in August 2003. My trek to Changbaishan was one of the first of many pilgrimages throughout North East China. To date, it still remains one of my favorite excursions.

Chángbáishan is located in Jilin Province, China. It straddles the Chinese/Korean border, making it a popular tourist destination for travelers in both countries.

Locals will attest that a pilgrimage to Chángbáishan should be made between the end of June and August for those who want to view Heavenly Lake, the mirror-like volcanic lake nestled in a crater at the summit of Chángbáish?n.

Chángbáishan means “Ever-White Mountain” because it appears white all year long. Snow covers the mountain from November to June. The north side of the mountain often appears shrouded in mist from a famous group of hot springs in the area, which can reach temperatures of 80C and are renowned for their medicinal value. 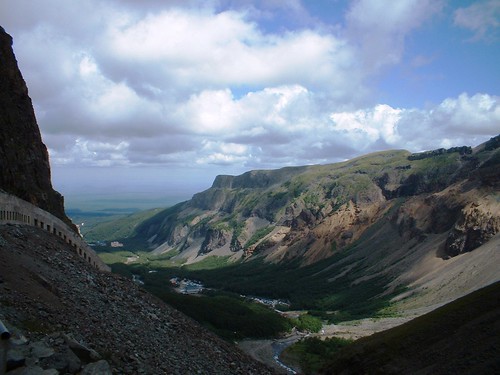 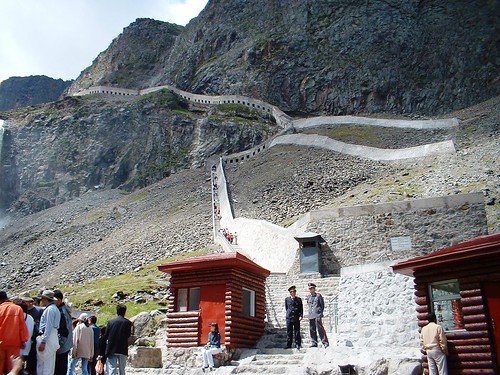 The best way to see Chángbáishan is by accessing it through the North Hill. A long and extremely steep stairway winds its way up the mountain. It takes about two hours to reach the summit. The mountain is covered in wildflowers and natural wildlife. 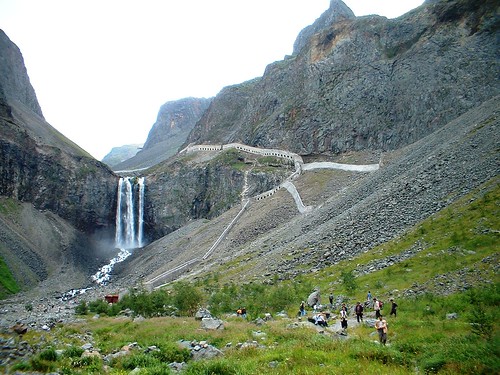 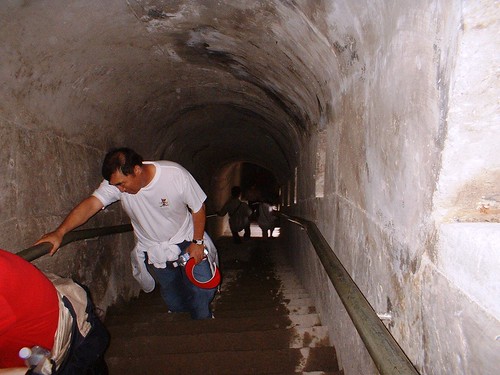 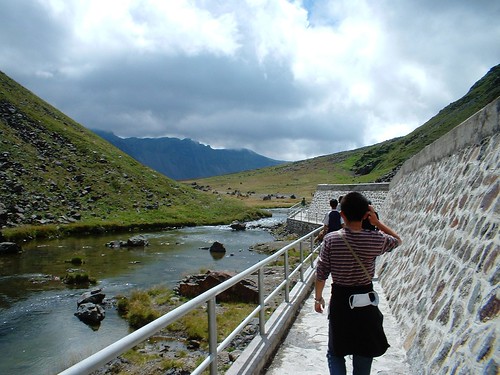 At the exit of the tunnel, my friend, Jack, emerges into bright sunshine and a serene and quietly flowing river. 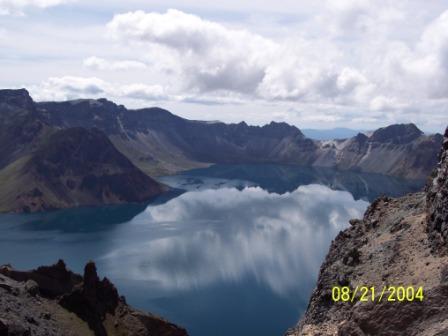 A beautiful photo of Heavenly Lake at the top of Chángbáish?n. Photo: John Kellenberger

This is why everyone climbs to the summit! The view is more than worth the hard work it takes to get there. This volcanic lake is the deepest alpine lake in China. 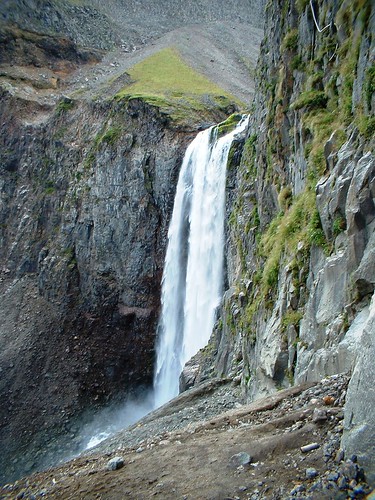 One of the highlights of trekking up this side of the mountain is the stairway which gives climbers a direct birds-eye view of The Waterfall of Chángbáishan. When seen at this distance, the direct 68m drop of rushing water will inspire any traveler. The waters from the Heavenly Lake flow to this waterfall from over 1250 meters away.

The surrounding area has a variety of rare animals, including the black bear, the Siberian Tiger, the leopard and the lynx. There are plenty of local attractions for avid eco-trekkers. Wild ginseng grows in abundance and is harvested and sold by local vendors. The waterfall, mountains, lake and hot springs are sacred to both the Manchu and Korean inhabitants within the area.

Teaching English in China During SARS

Teaching English in China Part One - The Journey Begins Ask any ESL teacher that has taught abroad and they'll tell you that their first...

The following are excerpts that were taken from my handwritten journals from 2003. Teaching English in China Part Two - The SARS...

Celebrating Chinese New Year in Beijing, China Combine the wonders of this exotic Asian destination with one of the biggest celebrations on...