Phnom Bakheng was built on a natural rise of 230 feet sometime during the 9th century. Also known as “Strong Hill,” is accessible by a steep stairway and by the Elephant path, which starts off on the left of the stairway. The stairway has been reduced to rubble, hence most visitors opt to visit the temple on the hill by elephant. Elephant path snakes and meanders up the hill. The fifteen minute journey to the temple by elephant costs 45 riel.

Elephants and their ‘mahouts’ waiting patiently for their next passenger. 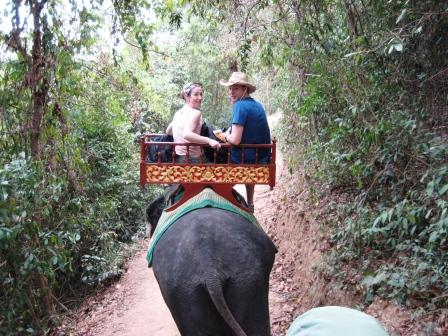 The primary deity of Phnom Bakheng is Shiva. The entire temple was constructed to represent Mt Meru, home of the Hindu gods. 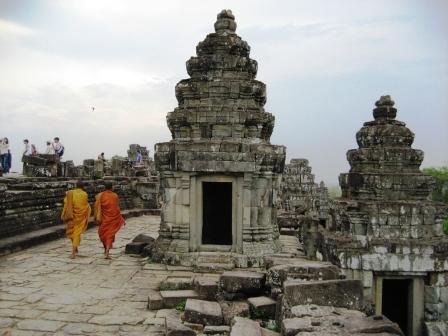 Angkor Wat and the temples and cities surrounding it are holy places. It isn’t uncommon to see monks, novices and worshippers walking amongst the ruins. I always experience a momentary thrill of happiness when I see their bright ochre-colored robes against the stark ruins. 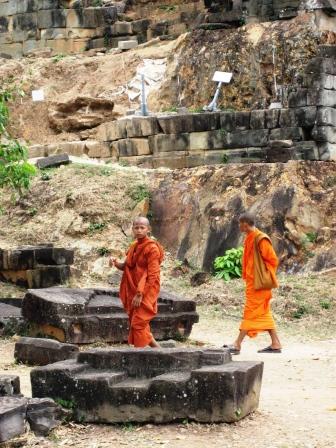 Spread the love
READ:  What to Expect at a Beach in Korea