Suffering For Beauty: The Shoes That Bind

Due to an overwhelming number of hits and comments on this post, I have decided to keep updating it every few months. You can learn more about the ancient practice of footbinding from some of our other posts here on My Several Worlds.

Suffering for Beauty: The Curse of the Beloved High-Heeled Shoe 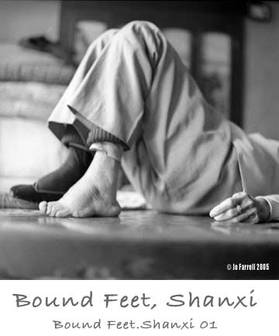 “The pain, of course, teaches an important lesson: no price is too great, no process too repulsive, no operation too painful for the women who would be beautiful. The tolerance of pain and the romanticization of that tolerance begins…in preadolescence, in socialization, and serves to prepare the women for lives of childbearing, self-abnegation, and husband pleasing.” (Andrea Dworkin) 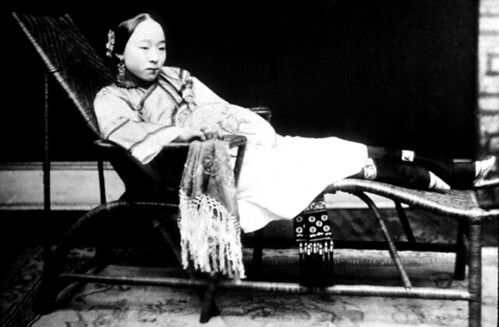 Portrait of a Chinese lady with bound feet.

A few weeks ago, I posted an article on the ancient practice of Chinese footbinding. I’ve had an overwhelming response to this article. One cannot help but feel shock and curiosity at such a thing. In response to this article, I’ve posted some examples of footwear worn by women throughout those centuries. The making of these shoes was intricate and at times, time-consuming, as all of the following examples were hand-made and hand-embroidered. 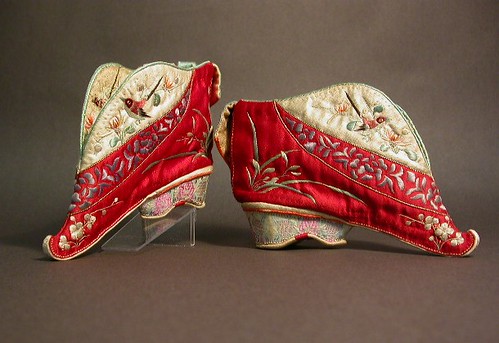 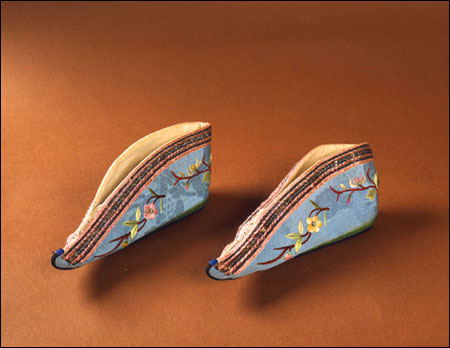 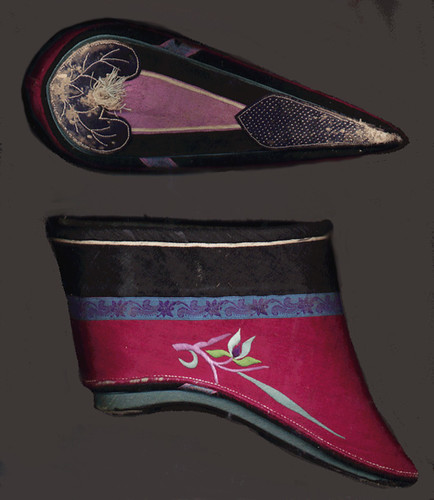 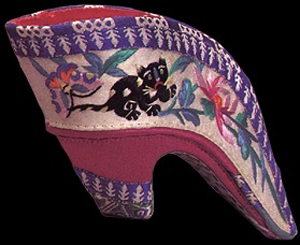 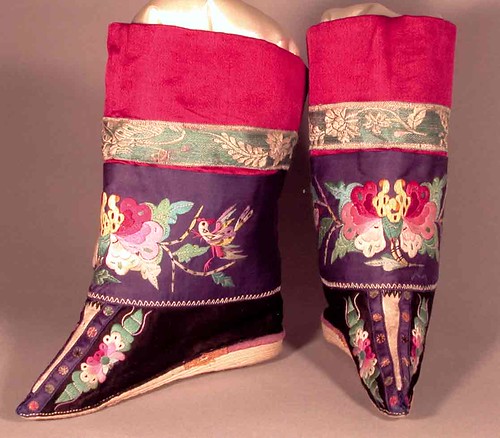 A pair of hand-embroidered boots. 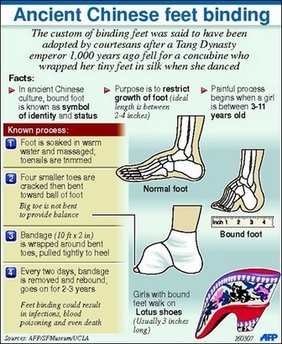 2 thoughts on “Suffering For Beauty: The Shoes That Bind”