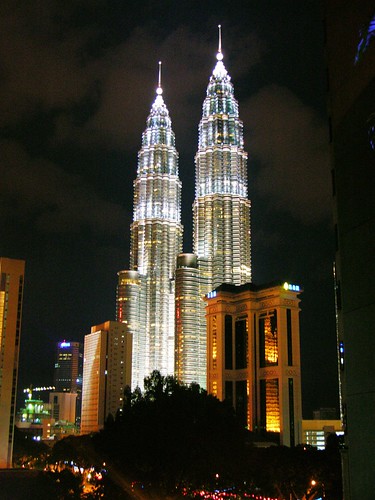 I love Kuala Lumpur. It’s one of the nicest cities I’ve been to in Asia. KL has a vibrant array of cultures and we were fortunate enough to experience quite a few while we were there.

KL’s airport is really clean and efficient. Rather than pay for a cab, we decided to take the KLLR (Kuala Lumpur Light Rail) to the downtown core. We had a lovely, air-conditioned ride to the heart of the city before jumping onto the monorail which brought us to “The Golden Triangle,” where the most famous landmarks, luxury hotels and best shopping malls can be found. We found a mid-range budget hotel, but John didn’t really like the set-up. He decided to leave me in the lobby for fifteen minutes while he went in search of an Internet cafe. John is a master of on-line travel bookings. He quickly secured us a room with Priceline and got us a great deal at the Renaissance Hotel, a five star hotel in the heart of the Golden Triangle. Our hotel was a five minute walk from the Petronas Twin Towers and Suria KLCC.

We only had four days in KL, but we made sure each day was action-packed. We immediately set out for the Suria KLCC for some food and window shopping. John was fascinated with the ultra-modern architecture and we especially loved the food courts. This shopping complex is one of the nicest ones I’ve been to in Asia. 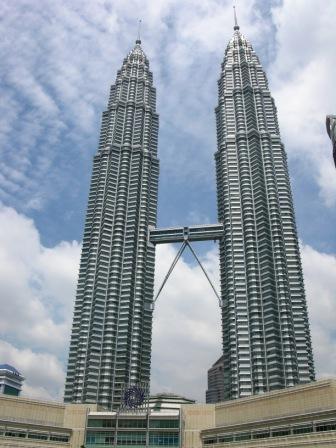 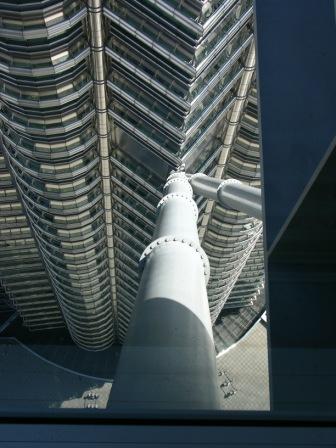 The Petronas Towers are the tallest freestanding twin towers in the world at 451.9m. John got up early to get two free passes for us and we spent a terrific afternoon on the sky deck. Amazing by day and spectacular at night, we were simply enthralled by these towers of stainless steel and glass. It was a thrill to ride up to the 41st floor and enter the famous sky bridge, where we could see the rest of the city spread out before us.

That evening, we headed down to Jalan Peteling in Chinatown for some bargain shopping. We had a great time hunting for a pair of shoes in John’s size (size 16). Most of the sellers laughed at us when we told them his shoe size and one man even told us that he did not sell shoes for King Kong. To date, we’ve never found a pair of shoes in Asia to fit John’s feet.

The next day, we booked a tour with our hotel and were privately escorted through the city and surrounding suburbs by a highly knowledgeable Hindu tour guide. This man was a fountain of information and we determined by the end of the tour that he probably spent a lot of his free time reading encyclopedias, although he had an annoying habit of putting a “Yes? Yes!” and the end of every statistic he spouted. The tour was quite enjoyable. He pointed out the major landmarks of KL, gave us some interesting and little known facts about Malaysia and showed us our embassies before starting our tour.

Our first stop was at the Royal Selangor pewter making factory. This is where they make world-famous pewter house and tableware. We visited the factory and observed the workers as they cast, shaved, polished and hammered pewter drinking cups. John even had a try at the special hammering technique himself. Afterwards, we spent about an hour in the showroom, debating over which special piece to buy for a souvenir. We finally settled on two beautiful Chinese rice bowls depicting the four seasons of China. 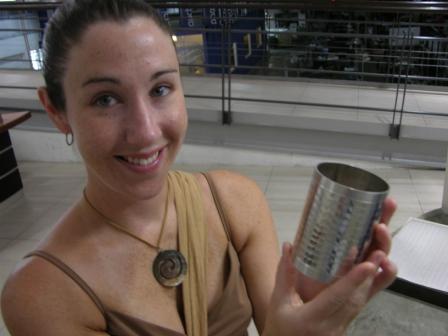 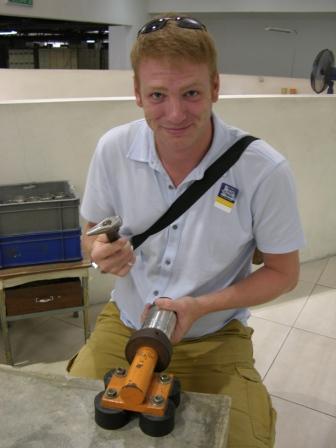 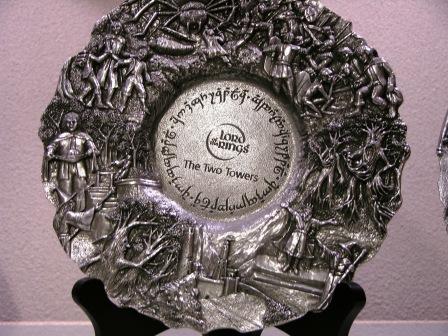 A Royal Selangor Special Edition Pewter Plate for the Lord of the Rings.

Our second stop was at a rubber tree plantation. Rubber is one of Malaysia’s main exports. The plantation wasn’t at all what we expected. Our guide stopped on the side of the highway and got out with a huge knife. I wasn’t sure what to think at this point until he started scraping at a tree. Natural latex flowed from the wound and this becomes natural rubber once it hardens. 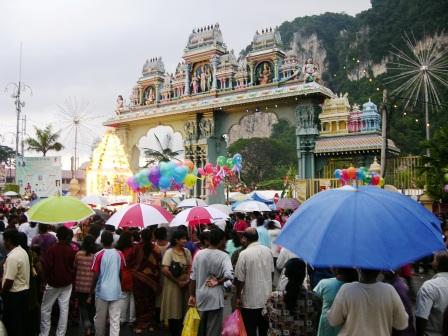 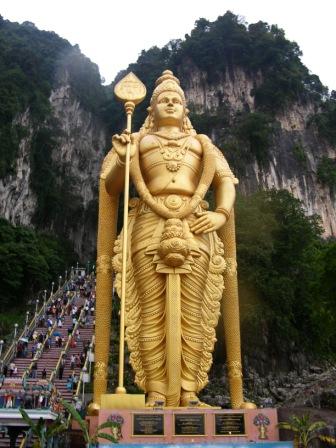 Our last stop was at Batu Caves, which are situated in the Gombak district, thirteen kilometers north of Kuala Lumpur. These famous caves are a sacred place for Hindu’s and we arrived just in time to join the Hindu Thaipusam festival. Despite the heavy rain, over 800,000 worshipers were milling around the area. No one seemed fazed by the weather in the slightest bit. We, on the other hand, made a mad dash around to have a look, but the rain proved to be too much and we decided to head back to our comfortable hotel room. 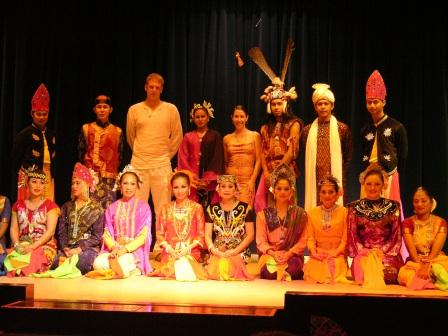 We spent our last night at a dinner theater, where we enjoyed traditional Malay food and a wonderful cultural show. We left KL the next day with many fond memories and an anxious desire to return to this captivating city in Malaysia.

I've never been particularly afraid of heights; being an avid tree climber and several years of gymnastics lessons cured any doubts I might...

The Kota Kinabalu City Mosque should be on your list of things to do in Kota Kinabalu, Sabah. Day or night, the mosque is a stunning...

Lunar New Year celebrations are almost upon us here in Taiwan. I've commented before on how this holiday is celebrated in Taiwan,...

Traveling to Borneo without spotting an orangutan is like going to Italy without sampling pizza. It just simply isn't done. This...

Rainy Season in Borneo, Flash Floods, and Why You Should Always Drive A Pickup

In Malaysian Borneo, it rains pretty much every afternoon and evening between the months of November through February. This discouraged us...