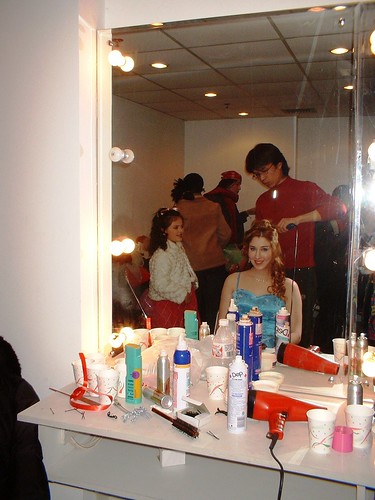 I participated in Beijing’s Arts in Our Land Competition in China in December 2003. The competition provides an opportunity for foreign friends living all over China to display their knowledge and talent in Chinese.

The show is taped before Christmas and airs during the Spring Festival. It’s one of the highest rated shows of the year in China, with millions of people throughout China switching to the BTV network to check up on the hottest foreign talent in town. 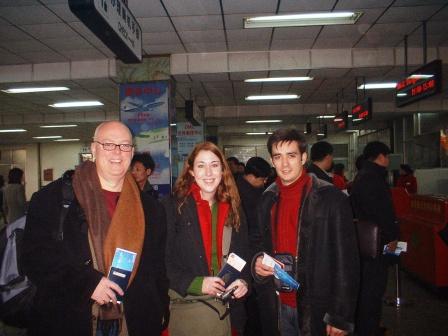 David, Aleksei and I at the Changchun Airport with our tickets in hand. We were chosen to represent North East China’s Jilin Province.

A Beijing film crew showed up just before Halloween 2003 to interview me for the ‘Arts in Our Land’ competition in Beijing. My primary interview was a few short clips about my life in Changchun.

They followed me around in Changchun for a few days and filmed me while I was teaching English at my school or while I was at home or out on the town.

Once the filming was completed, I was flown to Beijing to perform a love song (from Crouching Tiger, Hidden Dragon) in Chinese. 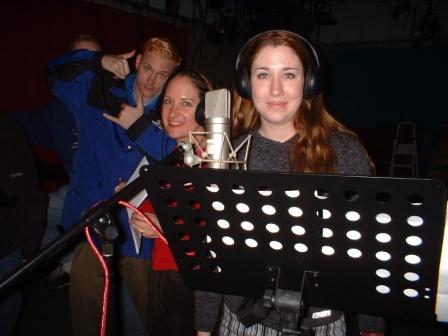 At the recording studio.  We recorded some songs for a few Chinese New Year television shows, as well as the grand finale for our own show. 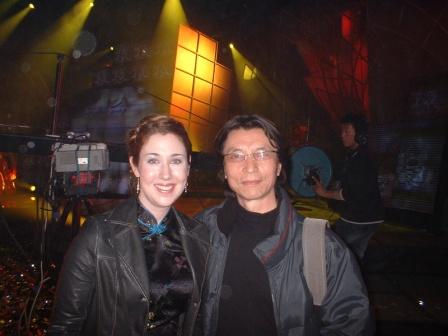 Li Laoshi (my vocal coach) and I standing off-stage.

My boss, David, and I left for Beijing on the 12th of December, 2003. Our first night in Beijing was a tough one as the TV station wanted assurances that I actually knew my song in Chinese. I met with my Chinese vocal coaches two hours after arriving in Beijing. All of the performers were asked to attend and although it was a little intimidating at first, it also gave me the opportunity to meet the other contestants and scope out the talent.

We lived, ate and breathed music every single day for twelve hours a day. I also spent several days in the recording studio. A few of us were asked to tape the opening and final numbers for the show.

They gave the lyrics (in pinyin) to us the night before we went in. It took a couple of hours to get the first song recorded but we had a ton of fun while we were doing it. 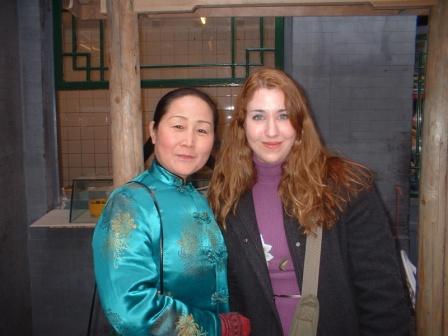 Hanging out with a Chinese friend near Wangfujing in Beijing.

Shortly after arriving in Beijing, I was told that my vocal performance would count for only some of my marks. I had to participate in a reality show as well. The TV station arranged for us to go to an open food market, where we learned to make a traditional dish called ‘la mien’.

We had to make and sell our food on the street. I was at a serious disadvantage for this part of the show.

I didn’t really speak any Chinese at the time.

I managed to sell a dozen bowls of noodles with a lot of smiling and friendly pushing and prodding. 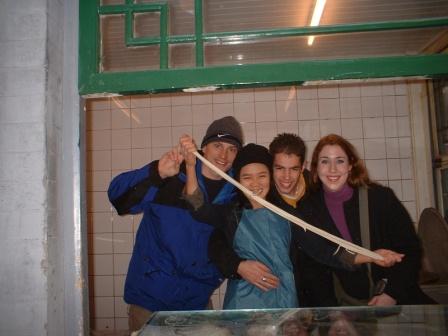 Learning how to make hand-pulled noodles for the reality show on Wangfujing on the right. 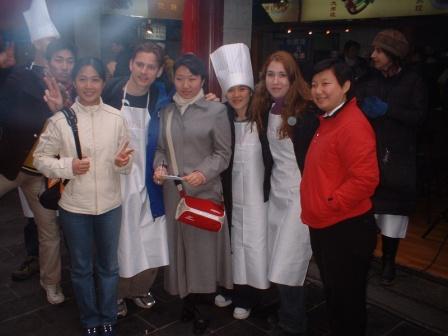 All of the contestants were international students. They all spoke Chinese. I was the only English teacher in the contest. I was at a disadvantage for the entire two weeks.  I was assigned a personal translator and had to take extra voice lessons to learn how to sing in Chinese properly.

The judges were impressed with my methods for learning how to sing the song without any help before my arrival in Beijing. I learned my song backwards. That was the only way I was able to memorise it BACKWARDS.

The third part of the competition involved an interview after our performance.  I completed a short interview by introducing myself in Chinese.

The judges made an exception for some performers and allowed us to showcase another talent in lieu of speaking Chinese. I used to design jewelry in Canada and the producers of the show thought this talent would add some extra dimension to the show.

I made a pair of earrings for the hostess while I talked. 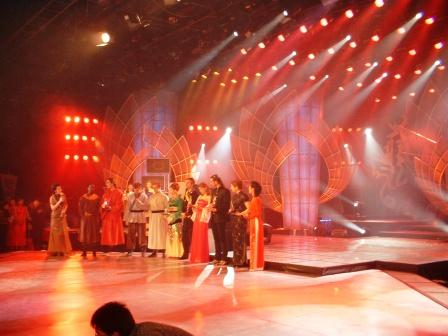 I placed third out of an astounding fifty awesome performances.

Most of the performers were singers, but there were also several Kung Fu acts, acting, and shao pin (a form of rapid crosstalk without script).

I met people from Germany, Russia, France, New Zealand, Italy, England, Muldova, Vietnam, Korea, Japan and the USA. I was the only Canadian performer.

I was really impressed with everyone I met and it was interesting to speak with the other performers. Most of them had been in China for three years or more. Some of them were still students; others were working in the entertainment business. Performing in this television show was just another step up for them. Several of the Kung Fu students that I met are also professional stuntmen in Hong Kong.  They had worked with celebrities like  Jackie Chan, Michelle Yeoh and  Jet Li.

I made fast friends with so many people. At the end of the day, I had to pinch my arm to remind myself that it was a competition. For two weeks, we ate, slept, performed and hung out together.

It was simply amazing and it was so hard to go back to Changchun after all the excitement. Luckily, I was able to return to Beijing a few months later to reconnect with everyone on the show. And, I have to admit, it was pretty cool watching it all on TV. Award ceremony.

Performing for Beijing Television had a snowball effect on my newly budding entertainment career in China.  It lead to all sorts of jobs with local TV stations, film, commercial and radio work and various modeling jobs. 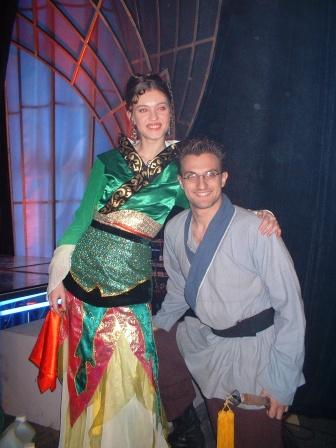 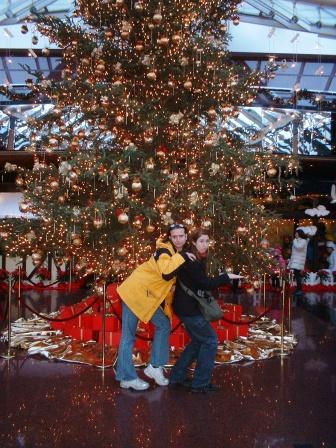 A brief respite from the recording studio found us in front of the largest Christmas tree in Beijing. 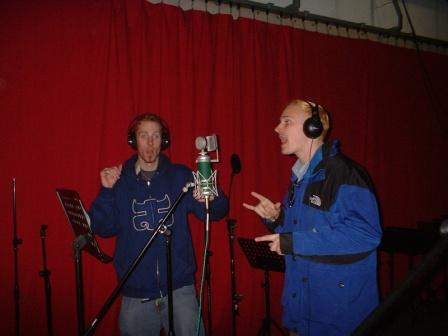