East Coast Fishing in Keelung – Thanks for all the fish! 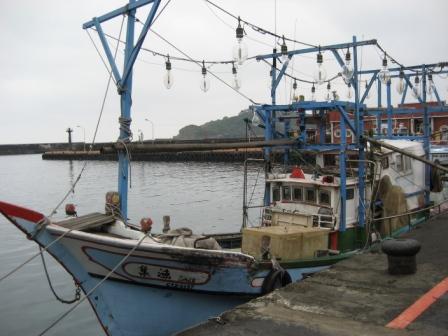 The Eastern coastline of Taiwan is marine fishing territory and it’s no secret that Taiwanese love their seafood.

All along the coastline, you can see networks of fishing nets floating on top of the water. These large, stationary nets are set up running parallel to the shore and consist of four compartments.  After a fish enters the third compartment, it can no longer escape.  Fishing boats make as many as two trips a day out to the nets to collect their catch.

Everywhere we looked, we could see fishermen out doing what they do best at, what seemed like, all hours of the day.  Life in these fishing communities seems to beat to a different drum. One gets the impression that time is slow and stately here. People follow the mantra of early to bed and early to rise.

Taiwan’s ‘black tide’ (a flow of warm, tropical water) ensures there is an abundance of marine life to be found in the rich currents running through this area. The area is often pounded by typhoons and harsh weather.  The currents and rip tides in this area provide some mighty big waves, and I was startled to see the sleek heads of surfers bobbing in the water in several areas, despite the rainy, cold weather. 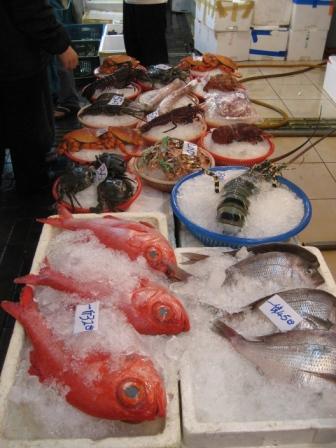 Our final stop in Keelung provided a interesting look into the world of fishing in Keeling.

We stopped at a local seafood restaurant to sample some of the fresh local delicacies found in the area.  It was the best meal we had during the entire trip.  We gorged on giant prawns, lobster, baby clams, squid and a variety of other treats I wasn’t even able to identify.

Keelung Harbor was once Taiwan’s most prominent port.  Koahsiung Port now has the honor of being able to claim this title.  Nevertheless, the shipping yard in Keelung is enormous.  Many companies use Keeling Harbor to ship goods to Taiwan, as Keelung lies near the center of the main shipping routes across the Pacific Ocean.  We stopped by the Keelung Harbor for awhile to wander through the fish market and goggle at the fishing boats. 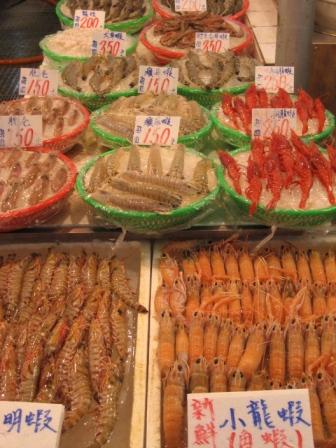 Pollution in Taiwan – Is It Bad? Yes, It’s Bad!

The latest to join the theme restaurant craze in Taiwan is the newly opened Central Park Cafe, a replica coffee shop on Roosevelt Road...

3 thoughts on “East Coast Fishing in Keelung – Thanks for all the fish!”