A Perfect Weekend in Taipei 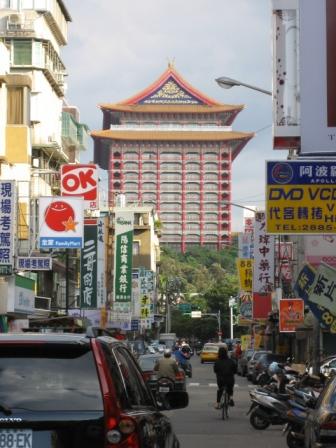 We were on our way for an early morning breakfast when we turned onto a side street and got a tantalising glimpse of The Grand Hotel.

This weekend was a perfect weekend in Taiwan for us.  With the exception of a few cold and rainy days, this winter has been quite mild.  We are quickly learning how wonderful the city of Taipei can be when we don’t have to deal with hot, humid, hazy summer days.

We’re spending every waking moment on the bike.  It has been, by far, the best investment that we have made here.  John is in the process of adding a sissy bar and luggage rack to the back of the bike for our upcoming nine day trip.  More on that later.  In the meantime, we’ve gotten into the habit of going for long bike rides on the weekends to get ourselves accustomed to being on the bike for longer lengths of time. 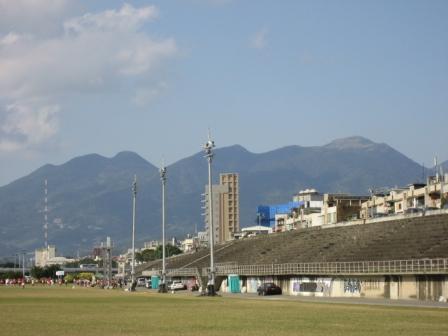 Bailing Riverside Park has several sports fields and is nestled alongside the Keelung River with a breathtaking view of blue colored mountains in the distance. 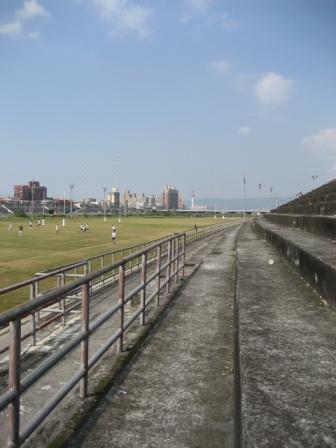 Bailing Riverside Park extends for miles along the banks of the Keelung River in Taipei.

In addition to getting some great photos at Bailing Riverside Park, we were able to explore the Shilin district a bit more by day.  Shilin is a well-known district renowned for its infamous and extremely large nightmarket.  It made for an interesting contrast as we have only ever seen this district by night.

Spread the love
READ:  The Shock of Reverse Culture Shock